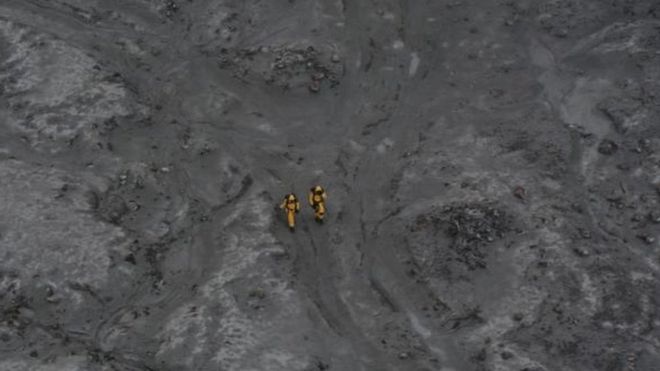 (FASTNEWS | COLOMBO) –   New Zealand police have deployed divers to look for two bodies near White Island volcano – after six bodies were retrieved in a recovery operation.

The volcano erupted on Monday with 47 people there. Eight people were missing on the island, presumed dead.

Another eight have already been confirmed dead and 20 remain in intensive care with severe burns.

The retrieval on Friday was launched despite the risk of another eruption.

The recovery of the bodies from White Island, also known by its Maori name of Whakaari, was delayed over safety concerns for the members of any search operation.

Speaking to reporters after the bodies were retrieved, Prime Minister Jacinda Ardern said questions over why people were allowed to visit the active volcano “must be answered, and will be answered”.

But she said “we also need to respect the phase we’re in now, with families only just getting their loved ones back”.