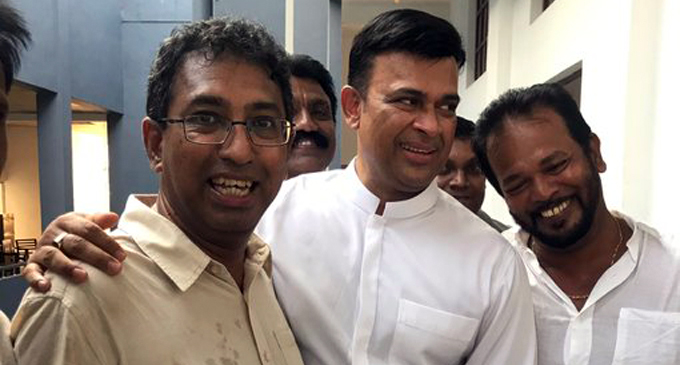 (FASTNEWS | COLOMBO) – Former State Minister, and the United National Party (UNP) Parliamentarian Ranjan Ramanayake, who was arrested by the Police yesterday (04) for the possession of a firearm without a valid permit, has been granted bail by the Magistrate’s Court in Nugegoda today (05).

The Court further imposed an overseas travel ban on Ramanayake.