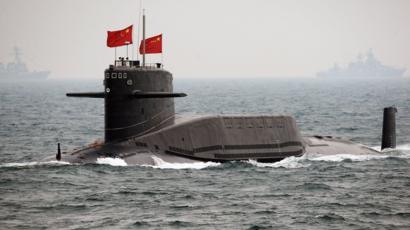 Why are Chinese fishermen finding so many ‘submarine spies’?

But behind that headline in Chinese state media, there is a different – and more intriguing – story.

Firstly, this wasn’t two or three fishermen receiving awards. It was 11 – one woman, the rest men – who found seven devices in total.

Secondly, this wasn’t the first time fishers from Jiangsu had found “spy drones”. In 2018, some 18 were rewarded for finding nine devices. There was also a ceremony a year earlier.

So where do the “submarine spies” come from? What do they do? Why are they valuable?

And why are Chinese fishermen finding so many? 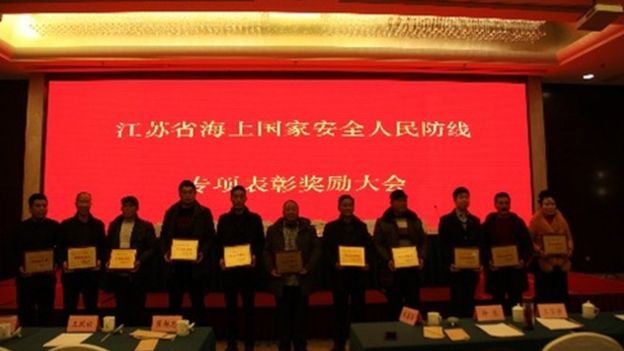 Jiangsu is a province in eastern China, with a coastline more than 1,000km (620 miles) long.

It faces Japan and South Korea, while Taiwan is around 500 miles south. This geography – and the huge US presence in the region – begins to explain why fishermen keep finding these devices.

China has not revealed where the devices came from, merely saying they were “made in other countries”.

But regional expert and consultant Alexander Neill says they probably came from “the US Navy, the Japan Self-Defense Forces, or potentially Taiwan – this is a big area of rivalry”.

So what are the Americans, the Japanese, or the Taiwanese hoping to learn?

In 2009, the US Navy sponsored research into underwater drones, broadly known as “unmanned undersea vehicles (UUVs)”. The research recommended seven “mission categories”, including:

The research also highlights the strengths of UUVs. Gliders – a smaller UUV, likely to be what the Jiangsu fishermen found – can be deployed for “months” and are “cheap enough to be considered expendable”.

In this instance, cheap means “only tens of thousands of dollars”.

Their cost, range, and capability mean “submarine spies” are increasingly important – Mr Neill estimates the number worldwide is “certainly in the upper hundreds”.

So this explains – in part – why they keep turning up in Chinese nets. The country has a huge fishing fleet, and the law of averages suggests it will scoop up the occasional drone.

But it’s also true that China’s fleet is different to other countries’. Some fishermen, themselves, are part of the military – and understanding how this unique unit works could explain why they keep finding military hardware.

The Chinese Maritime Militia is part of the national militia – that is, the reserve civilian forces.

It is “virtually unique and publicly obscure”, according to Professor Andrew S. Erickson from the US Naval War College – but it is well-known to the United States military.

According to a 2017 report by the US Department of Defense, the CMM has played “significant roles in a number of military campaigns and coercive incidents over the years”.

In the past, the CMM rented vessels from companies or fishermen. But now, the DoD says, “it appears China is building a state-owned fishing fleet for its militia force”.

“On paper they look like sophisticated, modern trawlers,” he says. “But they are actually, essentially, military-type vessels – steel-hulled, not wooden-hulled, with increasing tonnage.

“If you look at photographs, it’s clear they’re networked in – because of their signalling capabilities – with the [regular navy] command and control network.”

In effect, the fishing fleet can provide a low-level, first line of defence or surveillance – a military force working under a civilian cloak.

“A very significant swathe of China’s fishing fleet is co-opted into the militia,” says Mr Neill.

“I would have thought, with a little digging, you would find these guys [the Jiangsu fishermen] may well be part of it.” 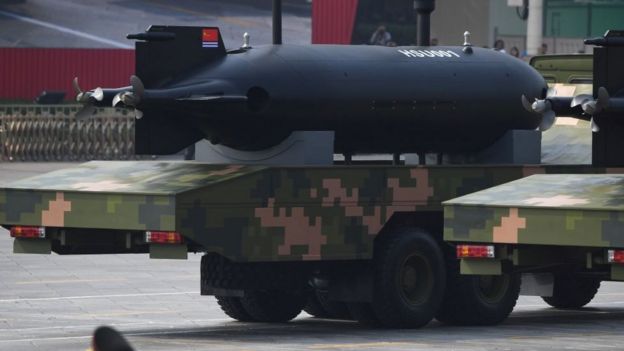 China doesn’t just find underwater drones – it operates them, too.

At the military parade to mark the 70th anniversary of the People’s Republic of China (PRC), the HSU001 was unveiled – a large UUV, possibly capable of launching smaller drones.

And five months earlier, another Chinese UUV was revealed in a less formal way, when Indonesian fishermen caught a “missile” with Chinese markings in the Riau Islands.

“It’s not a missile, but a sea drone, which is usually used for underwater research,” said police.

Although its origin was not confirmed, experts suspect it was part of China’s vast sub-surface surveillance – the so-called “Great Underwater Wall of China”.

So, as UUV technology develops, more fishermen – whether in China, Indonesia, or beyond – can expect to find more drones.

“They [drones] are extending the range of surveillance capacity for all of the modern navies in the region,” says Mr Neill.

And – as the Jiangsu prize-winners discovered – they can be a valuable catch. 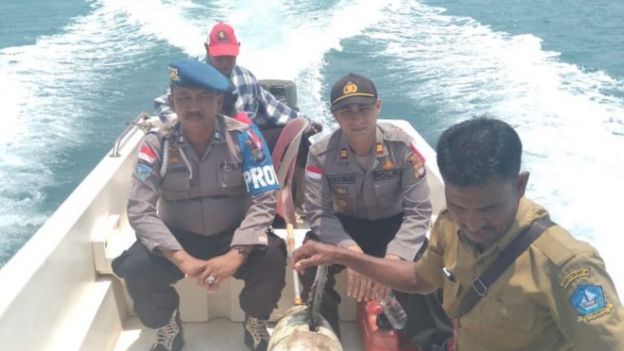