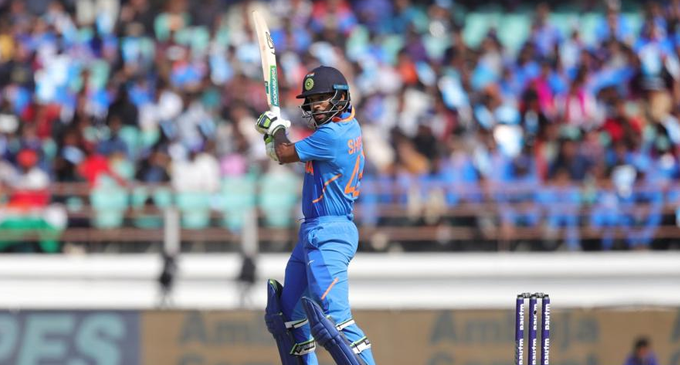 (FASTNEWS | RAJKOT) – Steve Smith hit a swashbuckling 98 but Australia could not stop India powering to a 36 run victory to level their one-day series on Friday.

Thrashed by 10 wickets in the first of the three-match series, Shikhar Dhawan made 96, KL Rahul 80 and captain Virat Kohli 78 as India made 340 for six in their 50 overs and Australia soon fell behind in the run chase.

India completely turned the tables on Australian captain Aaron Finch, who won the toss and put India in to bat. India were a totally different proposition to the side that was never in the Mumbai contest while Finch’s bowlers struggled.

Despite Smith’s 102-ball innings with a six and nine fours and Marnus Labuschagne’s battling 46, Mohammed Shami came close to a hat-trick as India’s pace attack took control and Australia were bowled out for 304 with five balls of the innings left.

Shami bowled Ashton Turner and Pat Cummins with successive yorkers and had an appeal for the third wicket turned down on review. He finished with three for 77.

“It was good to see that we came back so strongly,” said Dhawan. “We had a good discussion, we knew we had to target specific bowlers and we showed more intent. Once we were set, we put the pressure on them.” The series, a key preparation for both sides ahead of this year’s Twenty20 World Cup, will now be decided in Bangalore on Sunday.