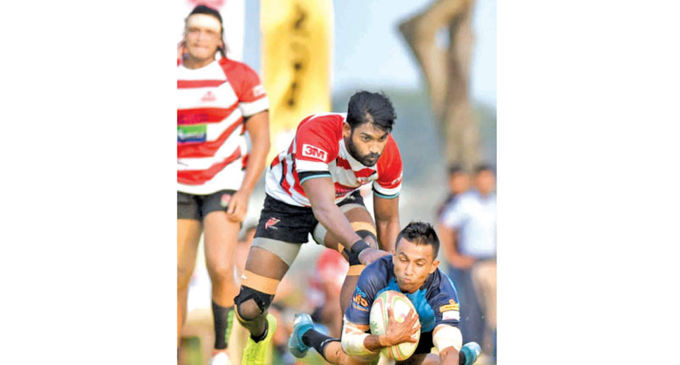 The foreign player James Tuteovuya played a major role for Airmen and scored three tries in the first half and Charith Seneviratne put over two penalties to register their first victory for the season.

Air Force scored an early try in the third minute of the game when Jamesh Tuteovuya touched down by the right corner flag and Charith Seneviratne put over the conversion to give an early lead for the host team. In the 11 minute of the game CH received a penalty and Arshad Jamaldeen kicked well and added three points for the club from Maitland Crescent.

CH scored only one try in the first half through WarrenWeerakoon. In the second half CH played a very slow game and made so many mistakes which was the reason for the defeat. Gayantha Iddamalgoda and Ramzan Amith scored one try each for Air Force in the second half. Skipper Rohitha Rajapaksa and Nizan Nilar scored tries for CH in the second half. (DN)