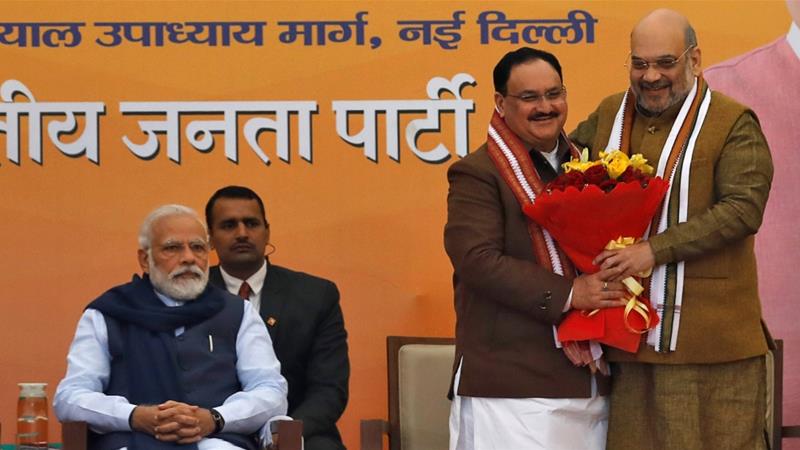 India’s Hindu nationalist governing party on Monday elevated a veteran legislator and longtime associate of Prime Minister Narendra Modi as its president ahead of a string of state elections.

Jagat Prakash Nadda, who rose through the ranks after cutting his teeth as a student leader in the 1970s, became the new president of the Bharatiya Janata Party (BJP), replacing Amit Shah, currently India’s home minister.

Led by Modi and Shah, the BJP returned to power, winning the 2019 general elections by a landslide majority, but the party has failed to keep its hold on a number of key Indian states amid growing criticism over some of its recent moves.

Since late 2018, the BJP has lost control of the western states of Rajasthan and Maharashtra, Jharkhand in the east and Chhattisgarh in central India – shrinking its national footprint, even though Modi’s popularity seems largely undiminished. 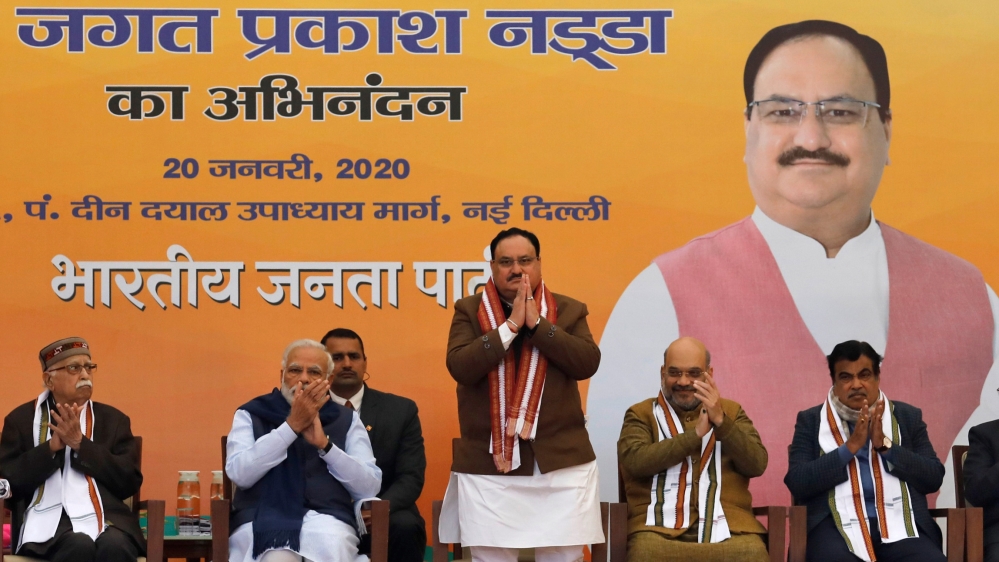 A wave of countrywide protests over a new citizenship law that has continued for more than four weeks has also caught the party on the wrong foot, adding to concerns about a flagging economy and rising inflation.

With some of India’s largest states going to the polls in the next two years, Nadda will have to balance the outsized influence of Modi and Shah alongside crafting an electoral strategy to improve the BJP’s performance.

“Electorally, the BJP is going to have a tough cycle,” said Rahul Verma, a fellow at think-tank Centre for Policy Research in New Delhi. Next month, Delhi elects a new state assembly and the BJP is widely seen to be trailing behind an incumbent local group headed by a feisty leader.

Nadda first joined the student wing of the Rashtriya Swayamsevak Sangh (RSS) – the Hindu supremacist group that spawned the BJP – before moving into electoral politics in the 1980s, and subsequently working alongside Modi in the early 1990s.

During Modi’s first term, Nadda served as the federal health minister. He was then left out of Modi’s cabinet, after the prime minister returned to power, and moved back to the party full-time as its working president last June.

Since then, Modi’s government has moved quickly to fulfil a number of electoral promises, including removing special provisions on the disputed Kashmir region, gaining legal approval for building a temple at a contested site in the northern city of Ayodhya, and introducing a new citizenship law.

But the moves have hardened opposition against the party, with many Indians, including Muslims, accusing Modi of pushing a Hindu supremacist agenda. (AJ)