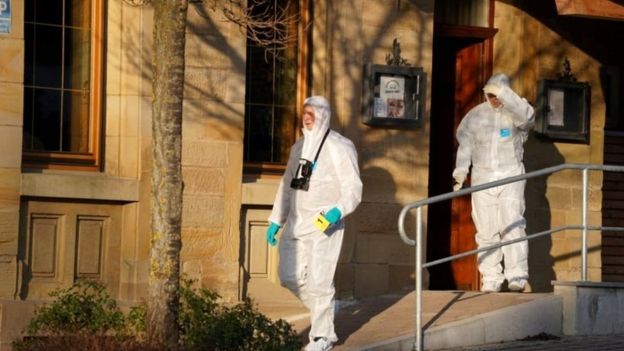 (FASTNEWS | German) – A man has shot dead six members of his family – including his parents – in the south-west German town of Rot am See, local police have said at a briefing.

The 26-year-old suspect called the emergency services at lunchtime to say he had shot several people in a restaurant.

The man, who had a gun licence, was arrested as he waited for police outside the building.

The bodies of three men and three women were found inside the restaurant.

The victims were aged between 36 and 69, the police in the state of Baden-Württemberg said.

Two other relatives were injured, one critically.

The police said the suspect had also threatened two teenage members of his family – but that the boys were not harmed.

The shooting is believed to be related to a family dispute.

Police are trying to determine the exact motive for the shooting.

There is no evidence that anyone else was involved in the shooting, they say. 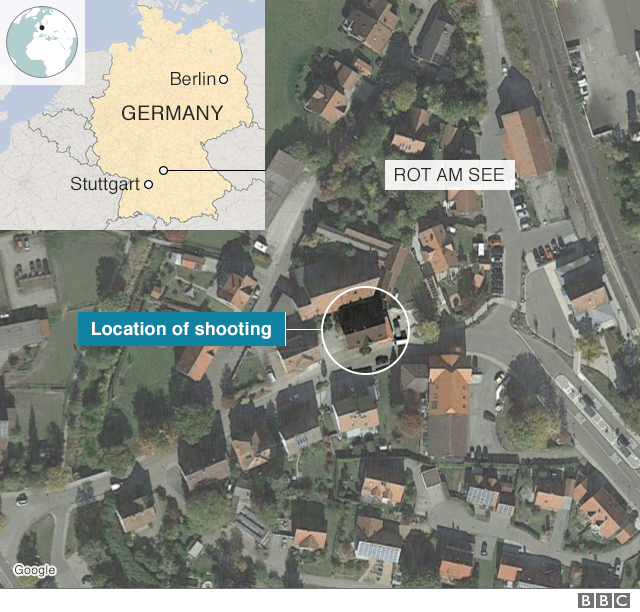 The shooting happened at around 12:45 (11:45 GMT) in a building in the Bahnhofstrasse that features the Deutscher Kaiser restaurant.

The area has been sealed off. A team of forensic scientists are currently working at the scene.

Rot am See is a small town of some 5,000 residents in the Schwäbisch Hall district north-east of Stuttgart.