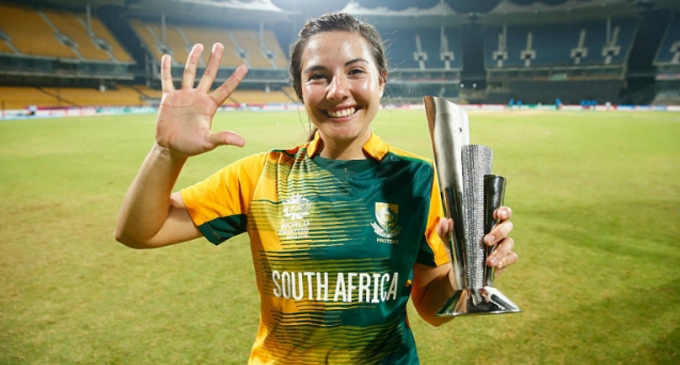 (FASTNEWS | COLOMBO) – South Africa claimed their first warm-up win – a feat they failed to achieve in the run-up to the Women’s T20 World Cup 2018 – but Sri Lanka didn’t let it come easy.

Sri Lanka got off to a flying start, Udeshika Prabodani setting the tone from the offset by bowling Lee for a duck before taking the big scalp of Dane van Niekerk, who also failed to score.

Kapp was then dismissed by Chamari Atapattu in her first over before the Sri Lanka captain delivered again to bowl Luus for seven with just three overs remaining.

Laura Wolvaardt (38 not out) and Chloe Tyron (23 not out) stitched together a 44-run partnership to finish the innings on 146 for five. Sri Lanka pushed on with the bat with Hasini Madushika scoring 22 but a flurry of wickets quickly derailed their chase.

Luus struck twice in her first over before finishing with the match’s best-bowling figures of four for 20 while Nonkululeko Mlaba, Ayabonga Khaka and Van Niekerk took one apiece in the 41-run victory.

Sri Lanka’s Achini Kulasuriya was injured fielding and was taken to hospital as a precaution but has since been discharged and taken back to the team hotel.

Luus said: “I’m very happy with my performance. If it’s your day with the ball, it’s your day and I’m just happy it came off. All the bowlers contributed and we’re happy with how the game went.

“We had a rocky start with the bat but I think our middle order brought it back nicely.

“Before the last T20 World Cup, we lost all our warm-up games so everyone went into this game pretty nervous, but we’re pretty happy with how it went.”

Meanwhile Heather Knight and Danni Wyatt led the way as England bounced back from not making the final of a preceding tri-series, beating New Zealand in their first warm-up fixture in Adelaide.