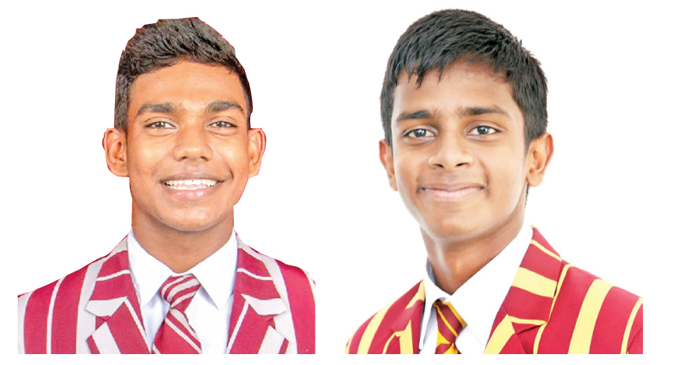 91st Battle of the Maroons: Nalanda has the edge over Ananda to break jinx

Battle of the Maroons cricket encounter between the two leading Buddhist schools in the country which begins at the SSC grounds today.

The Nalandians have won three matches outright against Gurukula, Dharmasoka and St. Sylvester’s with a solitary outright defeat against Trinity College, Kandy in contrast to the Anandians who have recorded three first innings wins but have lost four games outright at the hands of S. Thomas’, Royal, Trinity and St. Joseph’s and will have to come up with a much better performance if they hope to match up to the Nalandians over the next two days.

Sri Lanka youth player Avishka Perera who was unfortunate to be left out of the Sri Lanka Under 19 squad for the Youth World Cup has been the key in Nalanda’s batting line up with a tally of 1161 runs inclusive of four centuries with a top score of 117 each against St. Sebastian’s and Dharmapala. Raveen de Silva also has done well with the bat with an aggregate of 650 runs with a top score of 103 not out against Maliyadeva while Mahima Weerakone has piled up 600 runs with a highest of 82 not out against Mahanama.

The others who should contribute with the bat are Rashan Dissanayake (with over 400 runs), Ranindu de Silva (350), Jithesh Wasala (over 350) and Moksha Sahan (300).

Paceman Chamindu Wijesinghe who was in the Sri Lanka Under 19 World Cup squad will spearhead their bowling attack with left arm paceman Dineth Samaraweera who has taken 35 wickets sharing the new ball with him. Right arm leg spinner and vice captain Raveen de Silva has troubled the opponents this season capturing 50 wickets with a match bag of 9 for 54 against St. Anthony’s, Wattala.

He has received invaluable support from off spinner Mahima Weerakoon who has taken 36 wickets with a match of 8 for 70 runs against Mahinda College, Galle and leg spinner Chamodhya Rajapaksha who has claimed 45 wickets with a best match bag of 9 for 50 versus Dharmasoka College, Ambalangoda.

Ananda’s batting strength lies on the shoulders of skipper Kanishka Ranthilakage, Nethma Karunaratne and Janindu Jayawardene, all three of whom have scored over 600 runs. Anuda Jayaweera (408), Saviru Bandara (369) and Kalana Wijesiri (361) are the others who have been amongst the runs.

Fifteen year old, left arm spinner Isuru Ayesh, who has captured 53 wickets with three five-wicket hauls will be the bowler Ananda will rely on heavily for wickets with support from Saviru Bandara (32 wickets) and Janindu Jayawardene (26). Their pace attack will consist of Shashika Umayanga, Deneth Nissanka and Dasun Tharaka.

Nalanda skipper Avishka Perera said that with a fine all round side including three Sri Lanka Youth players they are confident of overcoming Ananda which has performed below par this season and emerge victorious to end the 67-year wait. They last won way back in 1953 under Wimalaratne Silva.

Their coach Shanuka Dissanayake has taken great pains to mould them into a formidable outfit with the ability to triumph in the big match.

Ananda captain Kanishka Ranthilakage said that although they are the underdogs they are capable of rising to the occasion and give the Nalandians a run for their money.

They have been training hard during the last few days under the watchful eyes of their coach Asanka Hettiarachchi with the guidance of cricket consultant former Test player Sanjeeva Ranatunga and it won’t be a surprise if they turn tables on the high riding Nalandians. The Limited Over encounter for the P de S. Kularatne Memorial Trophy will take place on March 15 (Sunday) at the same venue. (DN)