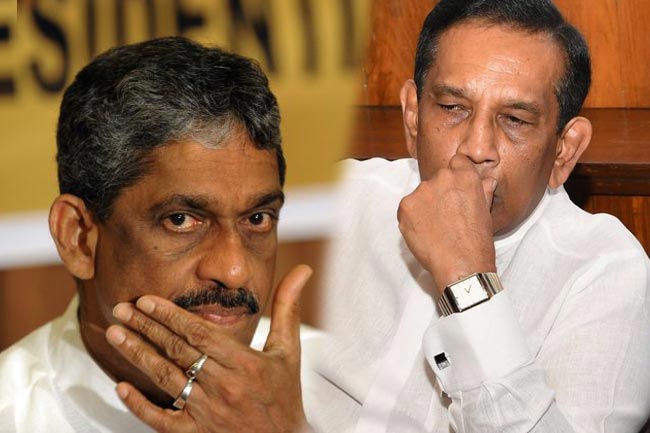 Investigations into Rajitha and Fonseka’s statements on COVID-19

(FASTNEWS | COLOMBO) – Colombo Crimes Division (CCD) has launched investigations into the controversial statements made to the media by former MPs Rajitha Senaratne and Sarath Fonseka on COVID-19, stated the Police.

The police media Division said in a statement that it is to be investigated whether the statements had been made to cause undue fear and turmoil among the public regarding the spread of coronavirus.

DIG Ajith Rohana said that the police department has received both video clips in question and that the Acting IGP has appointed a special CCD team to investigate the matter.

Meanwhile, the Minister of Health Pavithra Wanniarachchi says that spreading false information among the masses is a serious crime.

Responding to questions from reporters during a press briefing today, she said that only 50 confirmed cases have been reported so far in the country and that the former Health Minister Dr. Rajitha Senaratne is misleading the public in an attempt to gain political benefits.

“We will have to initiate legal action regarding that in the future,” she said.