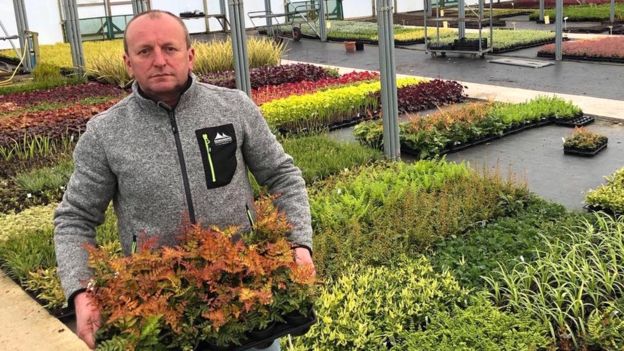 Millions of garden plants set to be binned due to Coronavirus

(FASTNEWS | COLOMBO) –  Millions of plants, shrubs and trees could be binned in the coming days and weeks, meaning ruin for UK growers.

The closure of 2,000 garden centres and nurseries mean makers of what’s called “ornamental horticulture” have no outlet for their plants.

The Horticultural Trades Association (HTA) is asking the government for financial assistance of up to £250m to help the industry avoid collapse.

It warned that up to a third of producers could go bust.

Ornamental plant growers’ main assets are their inventory of plants – and they are facing a loss of nearly their entire 2020 income, according to the HTA.

As one grower put it: “My car dealer down the road is shut. However painful that will be – they will still have all their vehicles.

“At roughly the same value, in three months’ time, if I’m a nursery producing seasonal plants it will be nil.”

The government recently banned all “non-essential” retail in the UK, to try to stop the spread of Covid-19.

James Barnes, who chairs the HTA, told the BBC’s Today programme that the industry had “hit a perfect storm”.

“Growers will have spent the last three or four months building up supplies which they can’t sell and all of this stock is perishable,” he said.

“If they can’t sell it, it can’t get to the end user, it can’t get in the ground, then it has to be written off. They’ll have to be literally thrown away.”

Mr Barnes said the HTA was trying to persuade the government to bring in a scrappage scheme for plants that would provide specific assistance to growers.