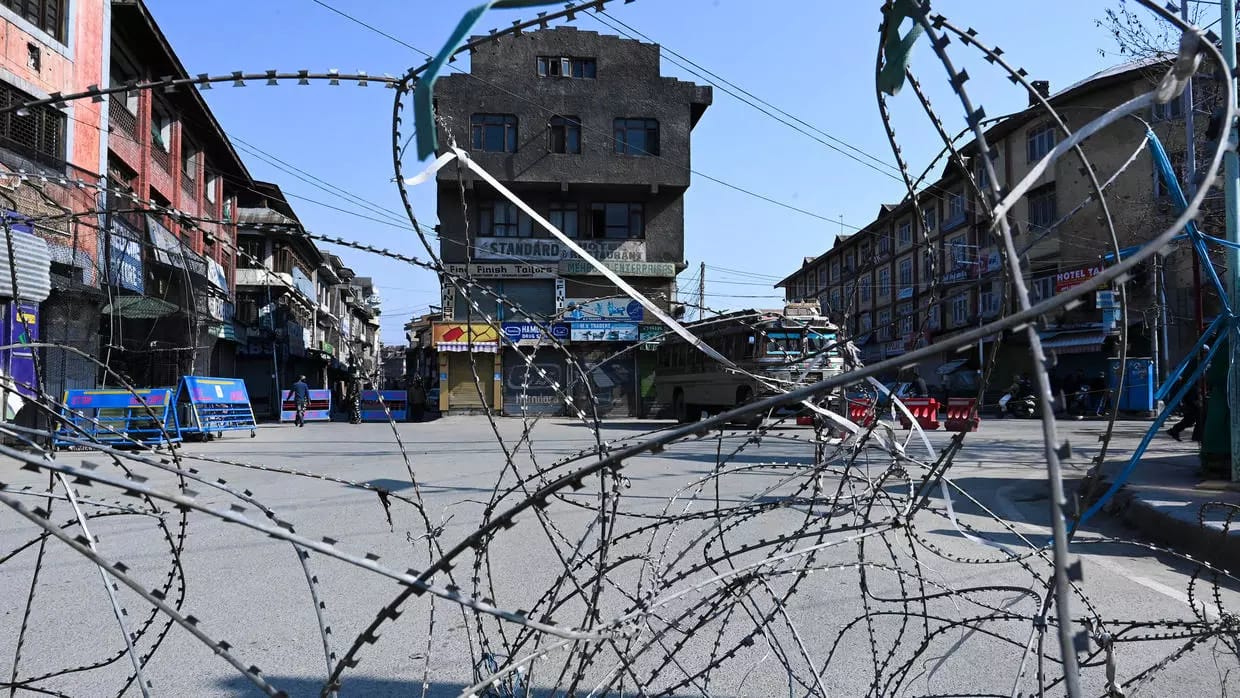 Nothing dampens Indian atrocities, not even Corona outbreak

(FASTNEWS | COLOMBO) –   Kashmir has long been a flashpoint between Pakistan and India and this reality has been noticed time and again in the world capitals with concern but serious efforts have seldom been taken by the world forums what to talk of the major powers.
This apathy on the part of global leaders has tended to reinforce India’s hegemonic and jingoistic designs who’s biggest victim have been the innocent, peace-loving people of Kashmir and Pakistani citizens living near the Line of Control (LoC). Thousands of ceasefire and LoC violations have been committed by India’s war-mongers whose ideology is hegemony, the main tools of implementation of this ideology being suppression and oppression. The BJP leadership has crossed all limits while dealing with the people of Kashmir whose majority professes Islamic faith.
Coming to the latest scenario as it prevails in Kashmir, tension escalated after New Delhi withdrew autonomy of the Himalayan region and split it into federally-administered territories last August when Indian Prime Minister Narendra Modi trampled under his feet the UN Resolutions through use of force, making arbitrary amendment in the Constitution by abrogating Articles 370 and Article 35, conferring special status on the Kashmir Valley.
Following this unconstitutional step immersed in imperialism and hubris, the Indian authorities unleashed a reign of terror in Kashmir by employing different tactics including the stringent and brutal enforcement of draconian laws like Armed Forces Special Powers Act and Public Safety Act. These black laws give wide powers to soldiers who can even go to the extent of detaining any Kashmiri for two years without producing the arrested persons before a magistrate.
Mass graves found in Kashmir tell a clear story of brutalization of Kashmiris at the hands of 700,000 plus regular and 40,000 plus paramilitary troops. Frequent instances of gang rape expose the bestiality of Indian troops which make use of gang rape as a tool of oppression.
Unfortunately, all these blatant violations of inviolable human rights have continued to this day despite a profound softening of attitudes seen among the global leaders following the outbreak of deadly corona virus. The world had to face forced lockdowns imposed as a strategy to contain this menace but in Kashmir, the lockdowns and curfews have remained in force for more than half a year since the times when the corona scare was not there.
The world has changed or, plainly speaking, softened in the wake of corona tragedy but the Indian government is showing no signs of retreat or repentance, let alone humanitarianism. The detention of ordinary Kashmiris and their top leaders is continuing unabated. Youngsters are taken away from their homes and their whereabouts are not disclosed. Some of them are even killed in fake encounters with the security forces.