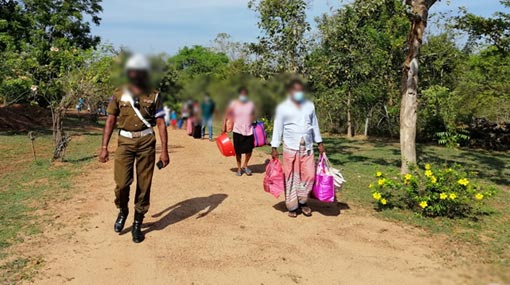 (FASTNEWS | COLOMBO) – Another batch of individuals who completed the process of mandatory quarantine has been released from the Iranamadu quarantine center.

Accordingly, 175 civilians have left the quarantine facilities operated by the Sri Lanka Air Force for their residences.

The quarantined persons have been subjected to PCR testing before they were released, stated Sri Lanka Air Force.

They had been placed under quarantine since April 22.