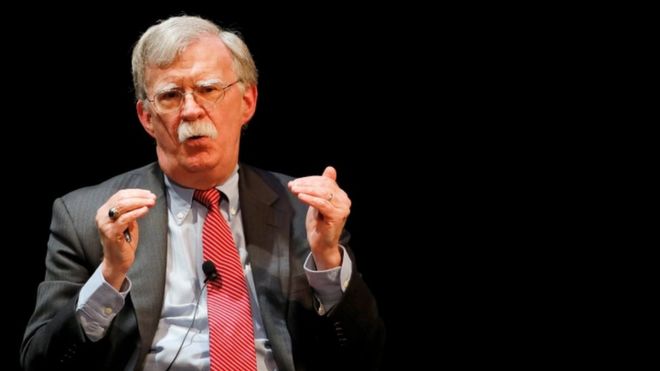 Mr Bolton says Mr Trump wanted China to buy agricultural produce from US farmers, according to details of the forthcoming book previewed by US media.

He also says Mr Trump “remained stunningly uninformed on how to run the White House”.

The Trump administration is trying to block the book from hitting shelves.

Speaking to Fox News Mr Trump said of Mr Bolton: “He broke the law. This is highly classified information and he did not have approval.”

“He was a washed up guy,” the president added. “I gave him a chance.”

John Bolton joined the White House in April 2018 and left in September the following year, saying he had decided to quit as national security adviser. President Trump, however, said he had fired Mr Bolton because he disagreed “strongly” with him.

But on Wednesday night, the Department of Justice sought an emergency order from a judge to stop the book’s release. (BBC)