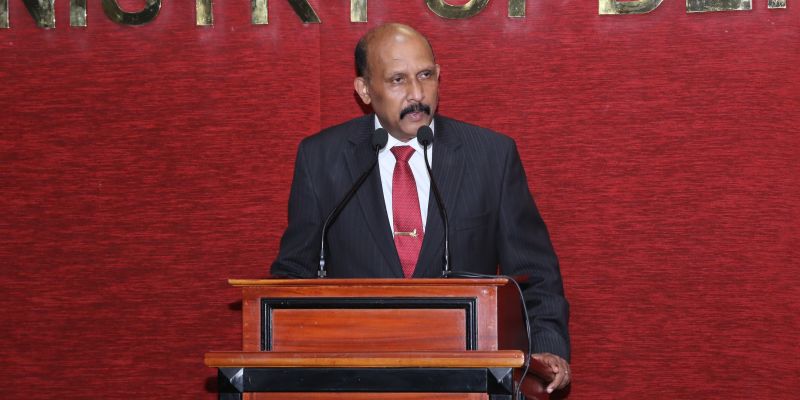 (FASTNEWS | COLOMBO) – Secretary of Defence Retired Major General Kamal Gunaratne says Senior Police officers should be ashamed to be clad in uniform if large scale illegal activities such as drug trafficking, extortion, underworld activities and sand mining is taking place in their jurisdictions.

The Defence Secretary said such activities should be stopped in order to bring repute to the service uniform.

Expressing his views at a special discussion with a group of Police officers yesterday, the Defence Secretary also commended the service rendered by certain Police officers, who he claimed are engaged in a respectable service.

However, Major General Gunaratne added there are certain groups of Policemen who bring disrepute and tarnish the image of the Police force through their behaviour and expressed his disappointment.

He claimed that he has received letters of complaints of Policemen assisting in criminal activity in certain parts of the country and also regarding inefficiencies within the Police force.

Major General Gunaratne highlighted that he received information of drug rackets operating during the lockdown imposed in the country due to the coronavirus recently, with the support of Policemen.

The Defence Secretary revealing another incident stated that an OIC in the North and another high-profile officer, obtained large sums of money to allow criminals to engage in illegal activities unhindered.

The Defence Secretary stated that the Acting Inspector General of Police requested Superintendents of Police of respective Police Divisions on the 5th of April to compile reports on criminal, drug related and other corruption related activities.

However Major General Kamal Gunaratne said he informed the Acting IGP that he is yet to receive the reports despite the lapse of two months since the request was made.