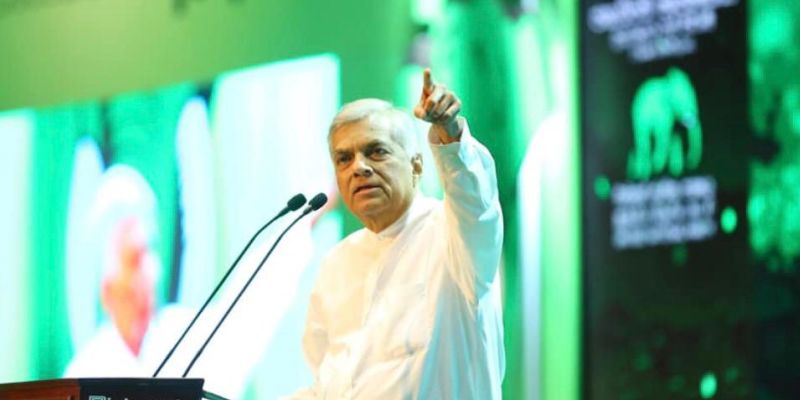 (FASTNEWS | COLOMBO) – Referring to the remark made by Prime Minister Mahinda Rajapaksa on Tuesday that the SLPP needs a two thirds majority to replace the saloon door with a metal door in order to establish a stronger government, former Prime Minister Ranil Wickremesinghe said, the saloon door had already been removed and sold out.

Speaking at a meeting in Thalapathpitiya, Mr. Wickremesinghe said the country had already lost export earnings to the tune of $6 billion and the economy has suffered a major setback and has no way of surviving.

“Sri Lanka has lost export earnings worth dollars six billion. Some say it is more. Curtailing imports worth $7 billion will not help revive the economy. Such steps are not going to help as industries will collapse because the importation of raw materials is also banned.

The effect of the economic downturn will be felt strongly in a further six months. IMF says the economy will not pick-up for two more years. It was said that SLPP needs a two thirds majority to replace the saloon door with a metal door to establish a stronger government.

However, I am telling you that the saloon door has already been removed and sold out,” Mr. Wickremesinghe said.

“One has to think as to how the country is to manage for the next six months. The SLPP is keeping silent about it,” he added.

Sri Lanka has failed to gain assistance from the IMF. However, a UNP government if elected to power, will start discussions with the foreign donors within its third week in office and will secure their assistance,” he also said. DM)