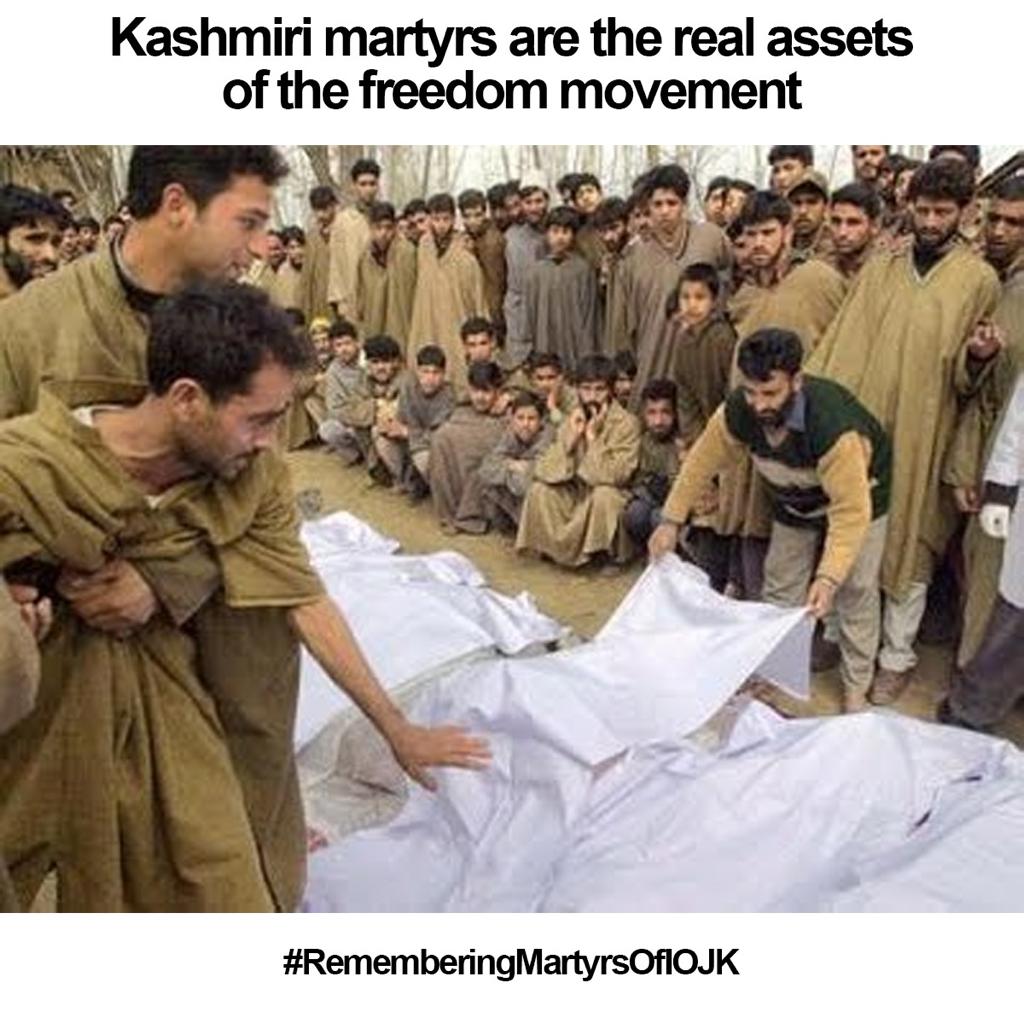 (FASTNEWS | COLOMBO) – Human history is punctuated with oppression, persecution and denial of basic human rights to the subjugated masses by tyrant rulers and the resistance by the oppressed against the injustices perpetrated on them, leading to barbaric responses by the rulers to quell the uprisings. Kashmir is quintessential of this regrettable phenomenon with roots in the pre-partition era.

State of Kashmir, with majority of Muslim population was ruled by Dogra Dynasty of Hindu Rajputs from 1846 to 1947. The Dogras treated the Muslim subjects badly and even interfered in their religious affairs. There was wide-spread discontent and resentment against the oppressive governance which kept simmering underneath till it found expression in the agitation that happened in the backdrop of the arrest of a young Muslim man Abdul Qadeer who was arrested on the charge of terrorism and inciting public against Maharaja of Kashmir. The youth had delivered a speech against the unjust treatment of Muslims.

Perhaps it would be pertinent to narrate a brief background to this agitation for the benefit of the readers to enable them to understand the issue in its true perspective. The agitation occurred as a result of a sequence of incidents. In the first instance a leading land-holder of Udham Pur of Jummu converted to Islam. The Hindu registrar (Tehsildar) issued a fresh mutation of his lands, eliminated his name and mutated the same in the name of his brother. The land-lord filed a suit that was dismissed with the remarks that unless he re-entered

Hindu faith, he was not entitled to any property. This was done in accordance with a decree issued by the Dogra Government on 31 December 1882. A protest rally was organized against this ban.

The crowd marched to the city’s main Masjid (mosque) where brief meeting was held condemning the incident. It was resolved to hold a protest meeting in the evening. The Muslims felt deeply hurt, politically suppressed and economically strangulated. The interference in their religious matters aroused deep hatred against the rulers and protest meetings became quite frequent.

The Muslims also brought a complaint in the court of “Additional District Magistrate” under section 296 Ranbir Penal Code against the Hindu inspector for disturbing a religious assembly, which was dismissed because the Hindu Magistrate held that Khutba (sermon) was not a part of the prayers.

Yet another incident which further infuriated the Muslims was desecration of the Holy Quran. Reportedly some pages of the Holy Book were found in the public toilet. It badly hurt the Muslims prompting them to hold a big protest rally.

On 13 July 1931 a sizeable Muslim crowd was agitating against arrest of Abdul Qadeer outside the Srinagar Central Jail. According to recorded evidence police fired 160 rounds of bullets into the crowd killing seventeen people on the spot while another five died later in the hospital. A Hindu writer Prem Nath Bazz in his work ‘Inside Kashmir’

published in 1941 wrote “ The driving force behind the mass agitation till the 13th July was the discontent among the rank and file of the Muslims. The attack on the jail was in no way directed against the Hindus, and those who laid down their lives at the jail gate did so fighting against an unsympathetic government … It was a fight of the tyrannized against their tyrants, of the oppressed against the oppressors.”

Since 13 July 1931 the people of Kashmir observe Youme-Shuhada-Kashmir (Martyrs Day) every year on both sides of the Line of Control and all over the world where Kashmir diaspora resides, to commemorate the sacrifices of those who laid down their lives for their righteous cause. The incident marked the beginning of modern era Kashmir freedom struggle which has traversed through different phases including civilian protests, political struggle and armed struggle.

Unfortunately the plight of the people of Kashmir did not end with partition of the sub-continent. The 52 princely states under the Independence Act were allowed to accede to any of the two newly created states of India and Pakistan keeping in view the geographical proximity and demographic realities or remain independent. Kashmir was a fit case for accession to Pakistan due to geographical proximity, majority Muslim population and cultural, religious and trade links with the areas that formed parts of the latter.

But the ruler of the state Maharaja Hari Singh announced the accession of the state to India. His action could be better understood in the backdrop of the Dogra rule in Kashmir before partition rather than the ground realities. The people of Kashmir revolted against this decision. Lord Mountbatten while accepting the accession temporarily unequivocally said that the issue would be decided through a reference to the people. The situation however became very precarious leading to first war between Pakistan and India which took the matter to the United Nations. After thorough deliberations on the issue the UNSC passed a number of resolutions calling for holding the plebiscite under the auspices of the UN to settle the question of accession of the state.

That unfortunately remains an elusive dream so far due to Indian intransigence to grant the right of self-determination to the people of Kashmir. The partition of the sub-continent pushed the people of Kashmir into an un-ending ordeal. They were forced to pick up arms in 1989 to win their freedom. India on its part has used ruthless military might to quell the uprising. Its security forces have since then killed more than one hundred thousand Kashmiris besides raping thousand of women. Kashmir remains a venue of oppression and persecution.

The Modi government has further aggravated the situation by ending special status of IO&JK, its annexation to the Indian Union in sheer violation of the UNSC resolutions and international law. Kashmir is under continued lockdown since 5 August 2019 and the killing spree continues unabated. India has also adopted belligerent posture towards Pakistan and the latter rightly feels that Indian disposition towards her and what it has has done in IO&JK inebriated by RSS philosophy of Hindutva, constitutes a grave threat to the security of the region.

Regrettably the world and the UN remain oblivious to the sufferings of the people of Kashmir. One really wonders for how long the people of Kashmir will have to suffer and endure the ongoing ordeal? Indian oppression in IO&JK and its defiance of the UNSC resolutions is indeed an affront to the conscience of the global community. How long it can afford to be indifferent remains to be seen. However it is clear that the people of Kashmir are determined to win their right to self-determination no matter how many more sacrifices they might have to render.