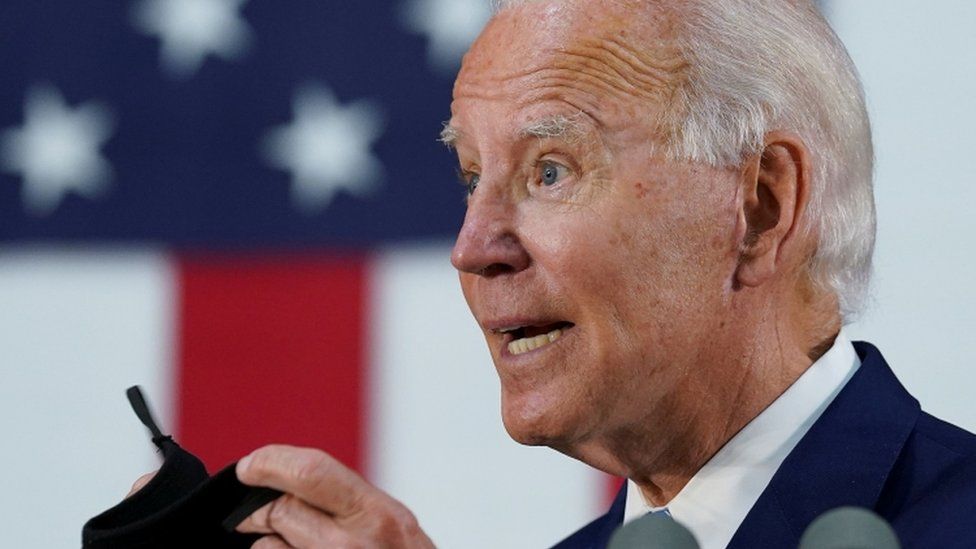 Biden sets out $2tn plan for carbon-free electricity by 2035

The proposal to reduce emissions in the US would see investment in clean energy infrastructure over a four-year period.

“Let’s not waste any more time,” Mr Biden said at a campaign event in his home state of Delaware on Tuesday, adding: “Let’s get to work, now.”

His focus on climate issues is in contrast with President Donald Trump.

Mr Trump has previously called climate change “mythical” and “an expensive hoax”, but also subsequently described it as a “serious subject”.

The former vice-president added: “We’re not just going to tinker around the edges.”