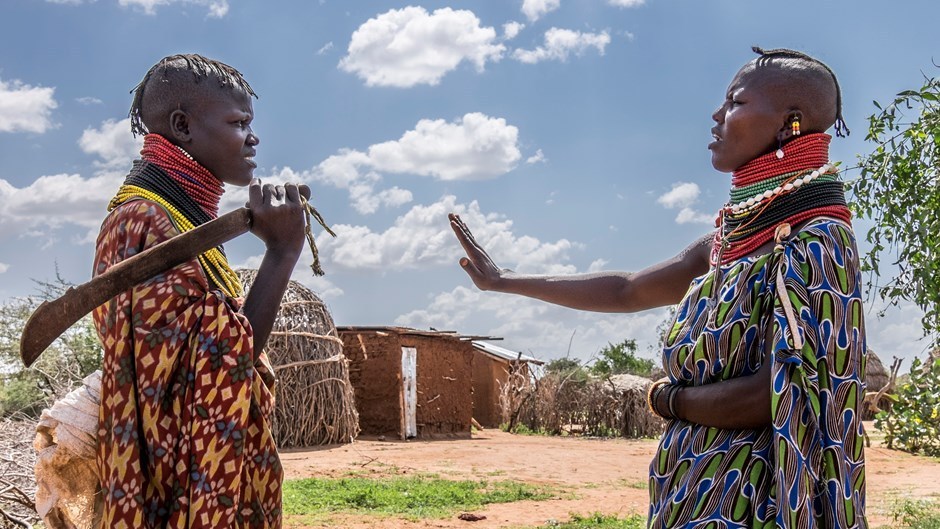 (FASTNEWS | COLOMBO) – A 12-year-old girl has been rescued by authorities in Kenya after she was married off to two men in the span of one month.

The girl’s father, in Narok County west of the capital Nairobi, forced her to marry a 51-year-old man.

She escaped and then got married to a 35-year-old before being rescued by a children’s rights campaigner and government officials.

In Kenya, marrying someone who is under 18 years of age is a crime.

A children’s rights campaigner said he was tipped off about the girl when he was in the process of rescuing another girl.

“The father gave her off to the elderly man to be married. She had no option than to get married to the younger man,” Joshua Kaputah from the Narok County Peace Association told the BBC.

Mr Kaputah added that poverty and the closure of schools due to the coronavirus pandemic have played a role in increasing cases of child marriages.

“Some families are hungry and the prospect of receiving two or three cows as dowry is quite tempting,” he said.

How common is underage marriage in Kenya?

Marrying off underage girls has been an issue of concern among the Maasai community who inhabit Narok County, says the BBC’s Peter Mwai in Nairobi.

He adds that Maasai girls tend to be viewed by men in charge of households as wealth, and are married off to a man chosen by the father in exchange for cattle.

The government has been cracking down on the tradition but it still thrives partly due to poor enforcement of existing laws.

Has anyone been arrested?

Kenya’s Standard newspaper reports that after the first groom offered four cows as a dowry, the girl protested against getting married but was then beaten up by her male cousins.

“I escaped and since I could not go back to my father’s home for fear of being reprimanded, I eloped with a 35-year-old man, who was married,” she is quoted as saying in the Standard.

Mr Kaputah said that the girl’s father had then found her and taken her back to the 51-year-old.

When Mr Kaputah arrived with government officials, the man had already disappeared.

Police are searching for the father and the two men who had married the girl, who have all gone into hiding, local media report.