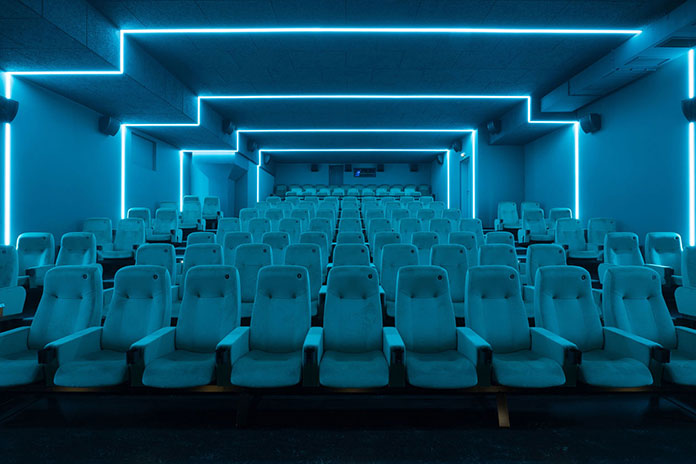 (FASTNEWS | COLOMBO) –  HDF Kino, a German film exhibition organization which accounts for more than 3,200 theater screens across Germany, has asked for a reduction in social distancing measures due to the results of a new study.

Like establishments in many countries, Germany has adopted a minimum of 1.5 metres (around 5 feet) social distancing rule which is currently in place in cinemas. A new study by the Hermann Rietschel Institute in Berlin however claims that cinemas are safer than offices when it comes to transmission of airborne diseases due to different ventilation systems.

Specifically they state that during a cinema visit people are only exposed to a fraction of the possible aerosol quantities compared to those in an office workplace. In fact the “amount of aerosol inhaled in the cinema is just 0.3% compared to that in the office.”

Cinemas mostly use what is known as source ventilation – air usually flows in under the seating areas with used air heating up and rising. Thus the air in the breathing area of people in a cinema contains less potential aerosol pathogens as compared to a room with mixed ventilation systems such as offices. That there is generally no speaking during a visit to the cinema also contributes.

HDF CEO Christine Berg says in a statement: ” Cinemas can only use a maximum of 20% of their capacities with the spacing regulations that still apply in almost all federal states, which in turn has a negative impact on the release dates of new films… Only if German cinemas can increase their capacity will there be more new films. And only then will the cinemas be able to survive this crisis at all.”

The study however is in question as it is just one study apparently conducted at only three locations. At present, less than 50% of German cinemas are currently open and all are adhering to state-mandated edicts such as 1.5 meters distancing, mask wearing, and contactless ticketing.