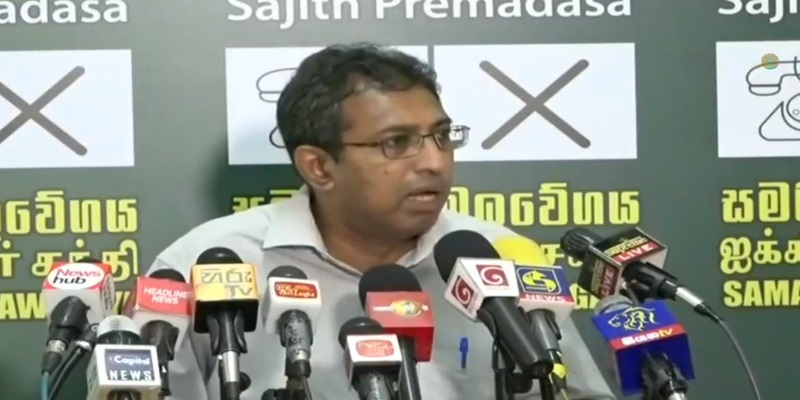 (FASTNEWS | COLOMBO) – The Samagi Jana Balawegaya has charged that country’s debt burden increased by nearly one Trillion Rupees in the 1st four months of the incumbent government’s tenure.

Speaking at a media briefing held in Colombo former Parliamentarian Harsha de Silva said government leaders should explain as to why the country’s debt has sky rocketed in such a short span of time.

He recalled of many claims saying the previous government took many loans.

Harsha de Silva agreed that the previous administration did take loans to increase total debt by Rs.5.6 trillion during their five-year regime, while also paying off the loans taken by the government prior to them.

The Former Parliamentarian compared the debt proportions of the two administrations and pointed out that the Rajapaksa regime, increased total debt by Rs.1 trillion within four months.

Meanwhile Harsha de Silva when questioned as to whether the country’s debt had primarily soared as a result of the COVID-19 pandemic said the effects of the virus may have contributed to the increase only minimally.

de Silva said the issue arose in the first quarter before the coronavirus, and attributed it to the tax revisions done prior to the country going into lockdown.

However, he did accept that there may have been a minimal effect of the coronavirus as well.

The Former Parliamentarian claimed that there were many ways to amend the issue.

He opted to reconsider the tax revisions implemented as the cost of living on the public has increased, despite the government’s aim to reduce it.

Harsha de Silva furthermore noted that the food inflation rate has also increased by more than 10%.