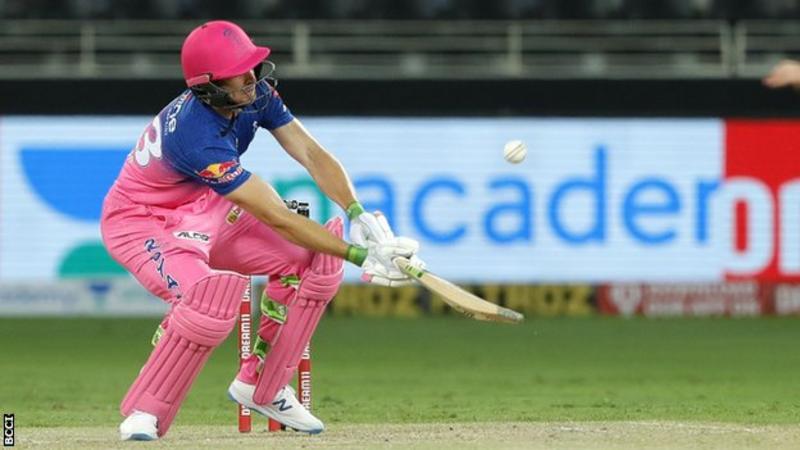 England batsman Buttler, who came in at 28-3 in pursuit of 126 in Dubai, hit seven fours and two sixes to seal victory with 15 deliveries to spare.

Leg-spinners Shreyas Gopal and Rahul Tewatia took 1-14 and 1-18 respectively to restrict the Super Kings to 125-5.

Victory lifted the Royals to fifth in the table, a place below the play-offs, while three-time champions Super Kings are bottom.

England all-rounder Sam Curran, made 22 opening the batting for the Super Kings, who were grateful for a partnership of 51 between MS Dhoni and Ravindra Jadeja after they fell to 56-4 after 10 overs.

Dhoni scored a run-a-ball 28 before being run out by Jofra Archer after a misfield, while Jadeja finished unbeaten on 35. Archer claimed 1-20 from four overs.

England all-rounder Ben Stokes, opening for the Royals, made 19 off 11 balls, having conceded 27 in three wicketless overs with the ball.

The tournament is being played in the United Arab Emirates because of the coronavirus pandemic.