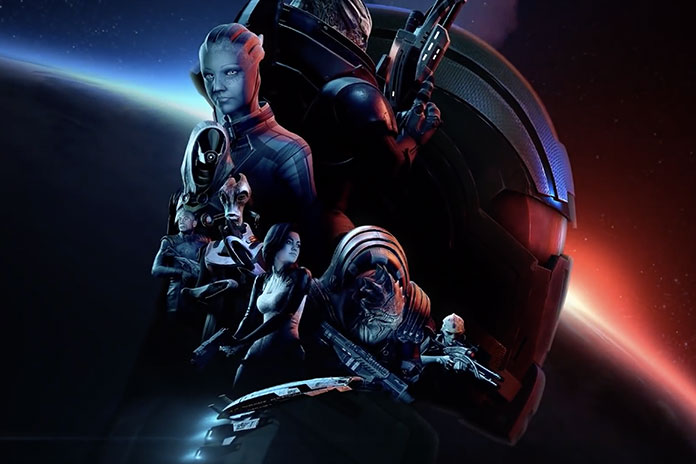 (FASTNEWS | COLOMBO) –  BioWare has announced that a new “Mass Effect” game is in the works, one separate from a 4K remaster of the original trilogy titled “Mass Effect: Legendary Edition” which is also coming.

That remaster will include all DLC along with new visuals and texture and arrives on PC and console in 2021. No word on when the new game will hit but it’s in the early stages and after the disastrous reception to the rushed “Mass Effect: Andromeda,” they will likely take their time with it.

BioWare says they are working on “the next chapter of the Mass Effect universe” and have brought in a “veteran team” to make it happen. It’s not clear where the story will go in its next installment. They do say they are “in early stages on the project and can’t say any more just yet, but we’re looking forward to sharing our vision for where we’ll be going next.”

BioWare general manager Casey Hudson says: “For me personally, Mass Effect represents years of work and countless special memories, so every year I feel incredibly fortunate to celebrate N7 Day with players around the world. Thank you so much for supporting us over the years. I can’t wait to continue our adventure together – revisiting our favorite memories in the Mass Effect universe, and creating brand new ones.”

The series launched in 2007 and put Bioware on the map, pulling in strong reviews. Three years later in 2010 they released “Mass Effect 2” which many still label one of the greatest video games ever made with universal acclaim and many game of the year awards. In 2012 came “Mass Effect 3” whose ending proved incredibly contentious on what was otherwise a very well regarded game. That led to multiple DLC packs to attempt to ‘fix’ the ending which scored a better reception.

In 2017 a new team at the studio tried relaunching the series with “Mass Effect: Andromeda,” an entry taking place centuries later in a different galaxy. That game suffered an infamously troubled production which saw a ton of work scrapped due to major staff changes and shifting creative vision along with being built on a whole new engine the staff wasn’t trained on.

What was left was rushed out and suffered from countless bugs that quickly became online memes. Reviews were decidedly mixed and though patches fixed quite a few of the animation problems, the once great franchise was thought left for dead.