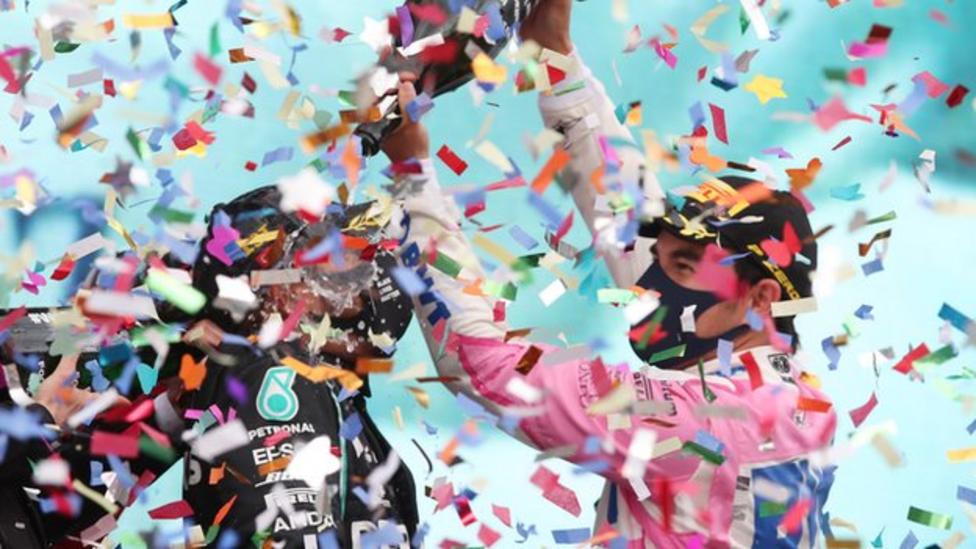 (FASTNEWS | COLOMBO) –  Lewis Hamilton clinched a seventh World Championship and became the most successful racing driver ever with a masterful victory in the Turkish Grand Prix on Sunday.

Victory at a treacherously wet and slippery Istanbul Park track in a topsy-turvy race was the 94th of the 35-year-old Briton’s career.

As he received the congratulations of his team, Hamilton was almost overcome with emotion in the car after the race, saying: “To all the kids out there, dream the impossible.”

Once out of the car, he added: “Seven is just unimaginable but when you work with such a great group of people and you really trust each other, there is just no end to what you can do together.

“I feel like I’m only just getting started, it’s really weird.”

Hamilton, who does not yet have a contract for next year, added he would “love to stay” in F1 and wanted to continue to campaign for change when it comes to human rights, diversity and environmentalism.