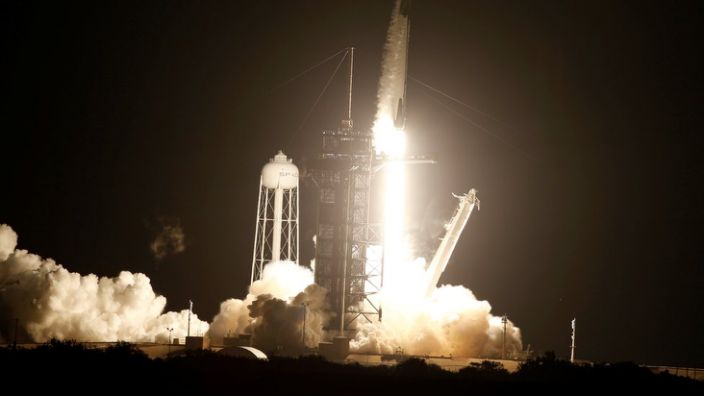 (FASTNEWS | COLOMBO) –  Four astronauts – three from the US and one from Japan – have launched from Florida on a mission to the International Space Station (ISS).

The crew rode to orbit in a rocket and capsule provided by the SpaceX company.

It’s only the second time the firm has supplied the service.

The US space agency Nasa has said it is now entering a new era in which routine astronaut journeys to low-Earth orbit are being conducted by commercial providers.

The four individuals making their way up to the ISS are the Americans Michael Hopkins, Victor Glover and Shannon Walker, and the highly experienced Japanese space agency (Jaxa) astronaut Soichi Noguchi.

By participating in this mission, Noguchi becomes only the third person in history to leave Earth in three different types of space vehicle, having previously flown on Soyuz and shuttle hardware.