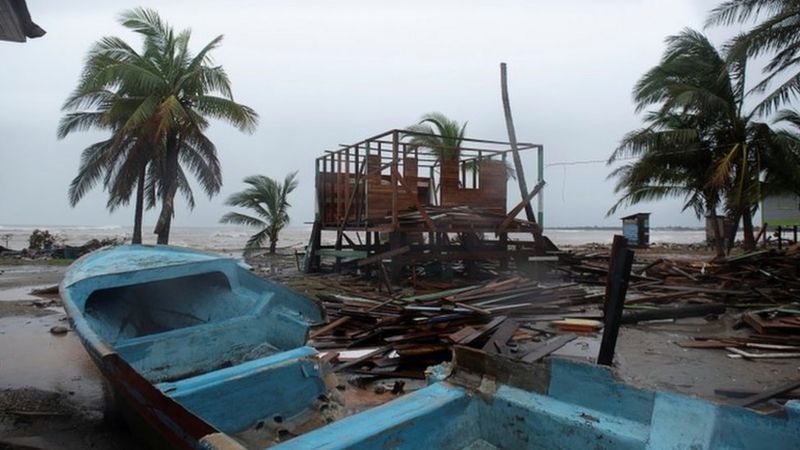 (FASTNEWS | COLOMBO) –  Hurricane Iota has made landfall in Nicaragua two weeks after another devastating storm hit.

The US National Hurricane Center (NHC) said the storm crossed the coast on Monday evening.

It had strengthened at sea to a category five storm before making landfall, with maximum sustained winds of up to 160mph (260km/h).

As it struck Nicaragua it weakened to a category four, but the NHC said it remains “extremely dangerous”.

The agency warned of “catastrophic winds, [a] life-threatening storm surge, and torrential rainfall” in its latest update.