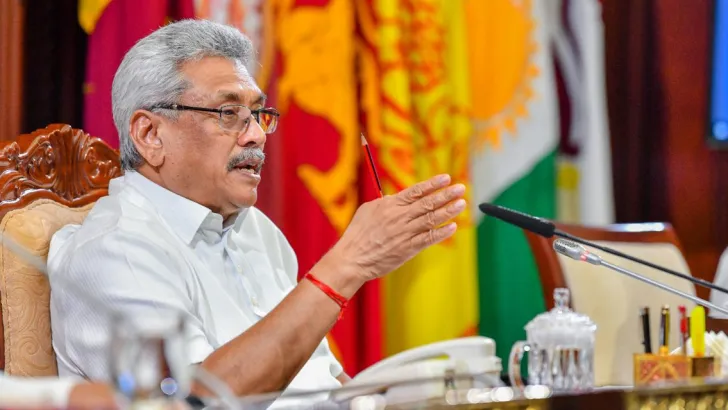 (FASTNEWS | COLOMBO) – The newly appointed Ambassador of the People’s Republic of China to Sri Lanka Qi Zhenhong presented his credentials to President Gotabaya Rajapaksa at the President’s House yesterday (19).

During the brief cordial discussion with the Chinese Ambassador following the ceremony President Rajapaksa expressed his satisfaction over the long standing and lasting cooperation and friendship with mutual benefits between Sri Lanka and China.

“China extended its support towards Sri Lanka’s infrastructure development, especially after winning the war against separatism. Colombo Port City, Hambantota Port, Southern Expressway are some of such initiatives. Some segments of society criticised this cooperation between China and Sri Lanka. Their argument was that these projects would not bear fruits. But the truth is the opposite.

“Projects started with the assistance of China have high income generation and employment creation potential. My expectation is to see the full completion of these projects before the end of my tenure,” the President said.

The President stated that Sri Lanka has made it a priority to attract investments instead of further foreign borrowings in its development drive. “There are vast investment opportunities available in our country. Agricultural sector, Communication Technology and education are special among them.

Livelihood of around 30% of the population of Sri Lanka depends on rural agriculture. Achieving the kind of rural development that China has reached over the past two or three decades and to improve the living standards of the rural population in Sri Lanka is one of my prime objectives. We seek your assistance in this regard,” the President told the new Ambassador.

Ambassador Zhenhong said his government is ready to make the maximum possible contribution to the success of Sri Lanka’s economic and social development endeavours.

Extending President Xi Jinping’s good wishes to President Rajapaksa, the Chinese envoy said he aims to further enhance long-standing friendship between the two countries and to strengthen development and strategic cooperation. “After assuming office, you united the people of Sri Lanka. You guided the country on the path of economic growth while improving the living standards of the people. We witnessed how the government and the people of Sri Lanka stood together in the face of the COVID-19 pandemic,” the new Ambassador said. He also said that China wishes to see Sri Lanka emerge as a prosperous nation.