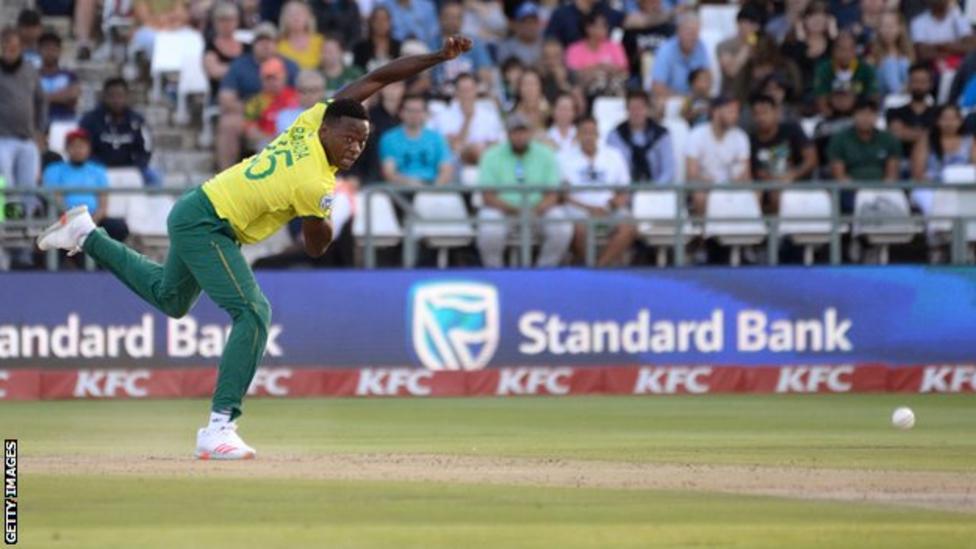 (FASTNEWS | COLOMBO) –  South Africa are training in two groups before their limited-overs matches against England to limit the risk of further coronavirus infections.

Two players have tested positive for the virus and a further two have been placed into isolation.

“It’s been quite bizarre,” said fast bowler Kagiso Rabada. “We have to take that extra precaution.”

The first of three Twenty20s is on Friday, with three one-day internationals being played from 4 December.

“We have to train in groups – a group of non-contacts and a group of close contacts,” added Rabada.

“The team is doing well at sticking to strict rules.”

The series will be played behind closed doors in Cape Town and Paarl, with playing and training the only time the players leave their hotel.

For Rabada, it is the second ‘bubble’ experience in quick succession after playing in the Indian Premier League in the United Arab Emirates, where his 30 wickets made him the leading bowler in the tournament.

“It can be quite tough. You can’t interact, you’ve basically lost your freedom,” said the 25-year-old.

“It’s like luxury prisons, but you just have to remind yourself how fortunate we are. People are struggling at the moment and we must be grateful for the opportunity to earn money and do what we love. We stay in great hotels, but it’s like a spoiled kid not getting what they want at the candy store.

“You’re just surrounded by four walls most of the time and that can be a factor mentally. Once we start playing it will take away from the desolate times.”