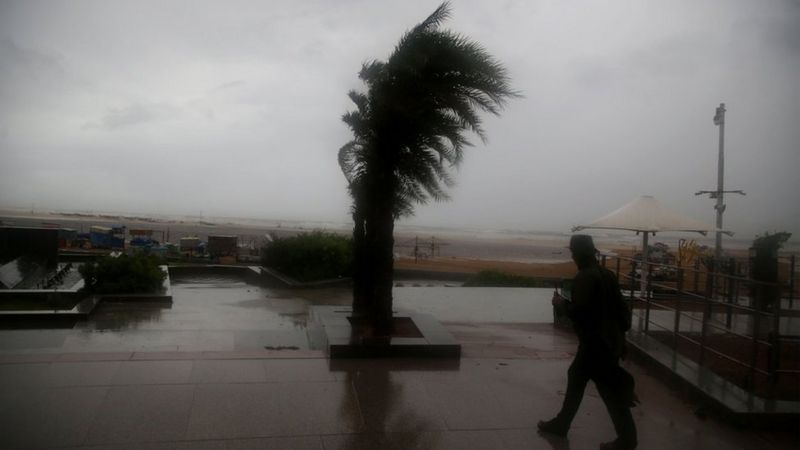 Officials said it reached wind speed of more than 120km/h (75mph), but then weakened into a severe cyclonic storm.

They said all essential services have now been restored.

Tens of thousands of people from low lying areas had been evacuated ahead of its landfall.

Officials said more than 100 huts were damaged, and 380 fallen trees had fallen, which have now been removed.