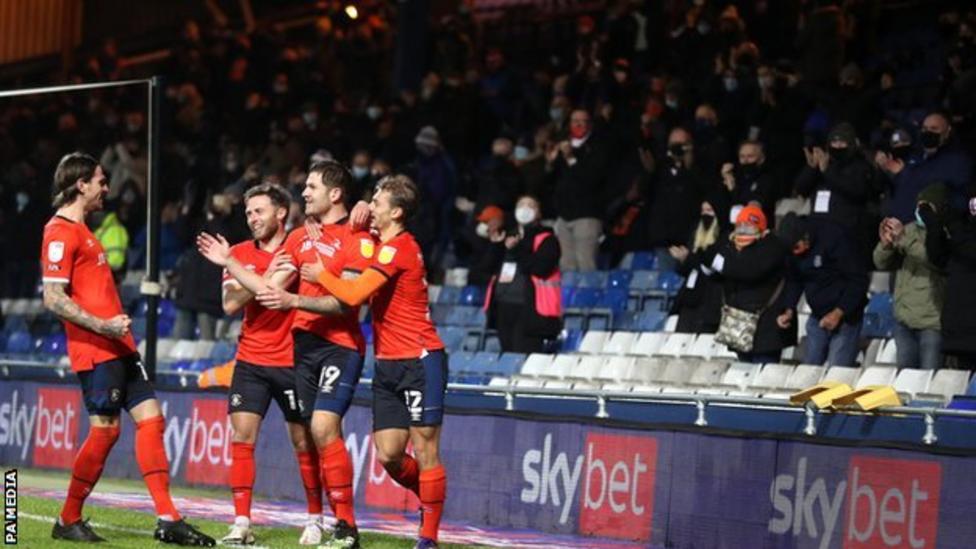 (FASTNEWS | COLOMBO) –  Luton Town celebrated the return of some of their fans by consigning leaders Norwich City to a first defeat in 11 Championship games.

In front of a limited home following of 1,000 balloted supporters, Nathan Jones’ Hatters won at Kenilworth Road for the first time in two months.

Three of the goals came inside seven first-half minutes as George Moncur and Matty Pearson scored either side of Emiliano Buendia’s fortuitously awarded penalty for injury-hit Norwich.

But Luton then wrapped up the three points early in the second half with an equally soft penalty of their own, converted by James Collins, for handball against a luckless Grant Hanley.

It takes Jones’ side within four points of the play-off places, while Norwich remain top, as Watford and Reading wasted the chance to go above the Canaries, both being held away from home.