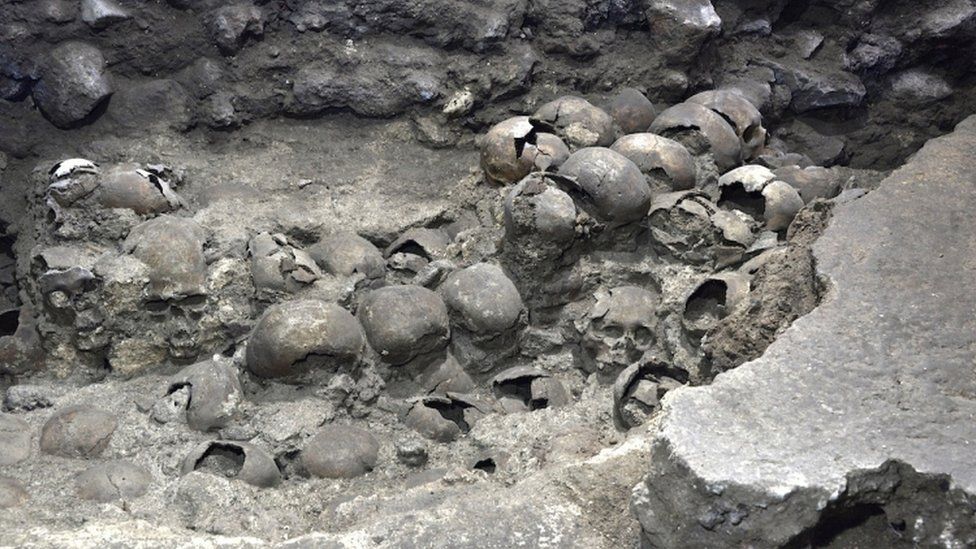 (FASTNEWS | COLOMBO) –  Archaeologists have excavated more sections of an extraordinary Aztec tower of human skulls under the centre of Mexico City.

Mexico’s National Institute of Anthropology and History (INAH) said a further 119 skulls had been uncovered.

The tower was discovered in 2015 during the restoration of a building in the Mexican capital.

It is believed to be part of a skull rack from the temple to the Aztec god of the sun, war and human sacrifice.

Known as the Huey Tzompantli, the skull rack stood on the corner of the chapel of Huitzilopochtli, the patron of the Aztec capital Tenochtitlan.

The Aztecs were a group of Nahuatl-speaking peoples that dominated large parts of central Mexico from the 14th to the 16th centuries.

Their empire was overthrown by invaders led by the Spanish conquistador Hernán Cortés, who captured Tenochtitlan in 1521.