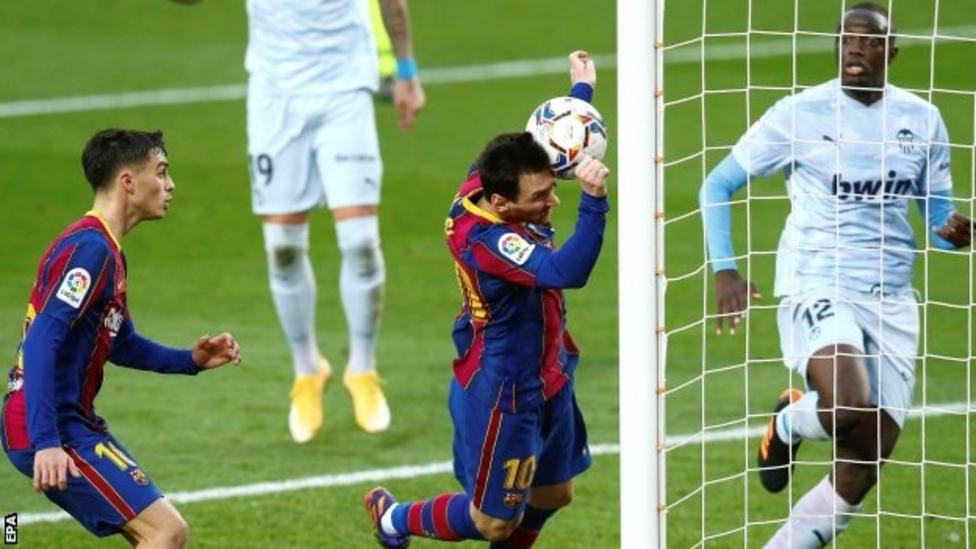 The Argentine, 33, achieved the feat with a diving header just before half-time, immediately after his penalty was saved by keeper Jaume Domenech.

Messi scored his first goal for Barca in 2005 against Albacete.