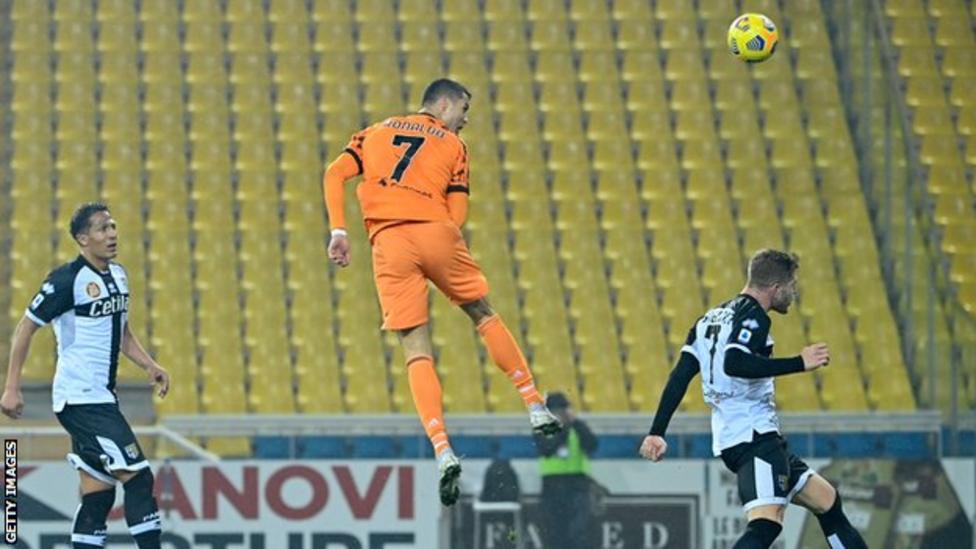 (FASTNEWS | COLOMBO) –  Cristiano Ronaldo scored twice as Juventus maintained their unbeaten Serie A start with a comfortable victory over Parma.

Sweden’s 20-year-old forward Dejan Kulusevski slotted in from Alex Sandro’s pass to send Andrea Pirlo’s side ahead after 23 minutes.

Ronaldo headed in three minutes later and fired in his 12th league goal of the season shortly after half-time.

Third-placed Juventus have drawn six of their 13 Serie A matches this season, but Saturday’s win ensured they keep the pressure on leaders AC Milan, who are one point ahead and face Sassuolo on Sunday (14:00 GMT).

Juventus, winners of the past nine Italian titles, and Milan remain the only clubs with an unbeaten league record in Europe’s top five leagues this season.

Meanwhile, Ronaldo, who had a penalty saved as Juventus drew with Atalanta on Wednesday, has scored 63 goals in 73 Serie A appearances.

The 35-year-old former Real Madrid forward is tied with Bayern Munich’s Robert Lewandowski for the most goals in Europe’s top five leagues in 2020, after Lewandowski also reached 32 on Saturday.