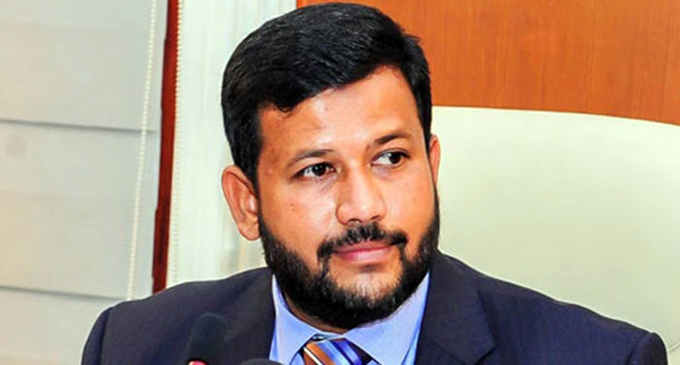 “Urgently implement the recommendations of the Expert Panel” – ACMC Leader

(FASTNEWS | COLOMBO) – The Leader of the All Ceylon Makkal Congress (ACMC) and Parliamentarian Rishad Bathiudeen has appealed to the Government to immediately implement the recommendation of the newly appointed Expert Panel on corpses infected by COVID-19.

Thank you everyone for your efforts to bring this matter to light. #StopForcedCremations Now, the report of the Expert Panel too has been submitted. We urge the Government nothing special, but to implement the recommendations of the Expert Panel.#lka #Covid pic.twitter.com/dFtAOyI55T

According to his request made, the whole world has been in unspeakable misery since the spread of the COVID-19. Sri Lanka is of no exception. It is unfortunate, however that the Government which handled the first wave of the virus well and controlled it, forcibly cremated the Janazahs of Muslims and caused further panic among Muslims.

It is a pity that the Sri Lankan Government, which has handled the first wave of viruses so well, has been prevented from receiving worldwide acclaim due to the Janazah cremation issue.

The Muslim community will never take the humiliation of the country lightly.

However, the protests were unavoidably conducted as per the democratic and sanitary norms.

The Police also did their duty well and helped to monitor and prevent any untoward incident. We thank the Police Department for that.

While expressing the gratitude of the ACMC for the patience of the Sri Lankan Muslims without resorting to any untoward incidents at this critical juncture, the Government should expedite the process of allowing the Janazahs of the Muslims to be buried as recommended by the Panel of Experts.

The cooperation of all Sri Lankan citizens is essential if the spread of COVID-19 is to be completely prevented.

Finally, he called on Government to allow burial of the bodies of those who die of the COVID-19 pandemic on the recommendation of the Expert Panel, in order to remove the burning fear in the minds of Muslims. 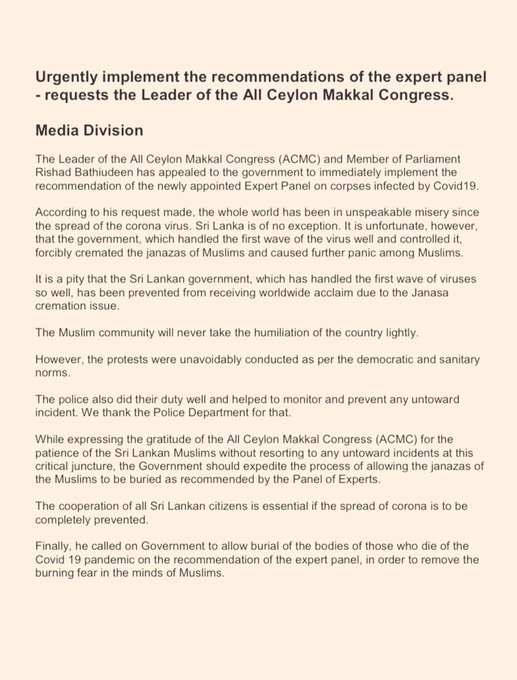