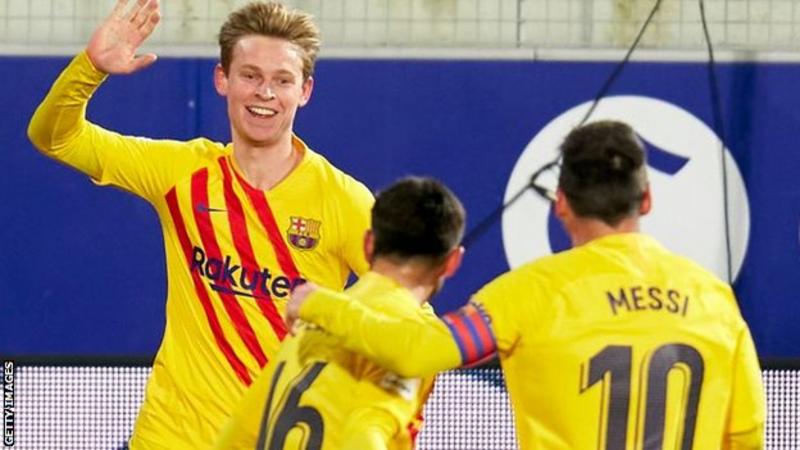 Messi returns to set up winner for Barcelona

(FASTNEWS | COLOMBO) –  Barcelona got back to winning ways as Lionel Messi returned to the side to set up the winning goal in a narrow victory over bottom side Huesca.

Messi, playing in his 750th match for Barcelona and 500th in La Liga, lifted the ball to Frenkie de Jong, who coolly diverted it past the keeper.

The goal capped off a dominant first-half display in which Messi’s free-kick was also tipped over the crossbar.

Huesca’s Rafa Mir was denied from close range in the second half.

But Barcelona, who dropped points in Tuesday’s 1-1 draw with Eibar, were deserved winners as Messi, Ousmane Dembele and Pedri all had efforts saved by home goalkeeper Alvaro Fernandez, who was in fine form.

The result means Barcelona move up to fifth place in the Spanish top flight but they remain 10 points adrift of leaders Atletico Madrid, who have played one game fewer.

Huesca remain four points from safety, having played a game more than those around them in the relegation zone.