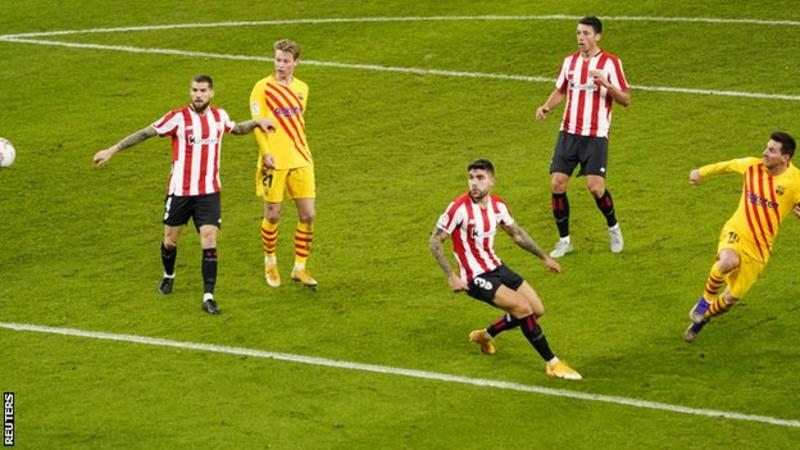 Athletic took an early lead through Inaki Williams, but teenager Pedri equalised with a header soon after.

Messi, who also hit the post twice, then scored when he collected Pedri’s backheel and shot past Unai Simon.

A powerful first-time shot from Messi made it 3-1 and Barcelona held on for the victory, despite a late 20-yard strike from Athletic’s Iker Muniain.