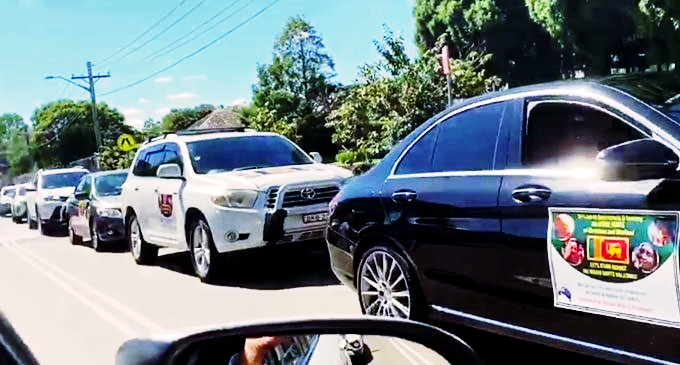 Lankans in Australia protest over cremation of COVID-victims [VIDEO]

(FASTNEWS | COLOMBO) –  Sri Lankan Muslims in Sydney – Australia has organised a protest and vehicle parade this morning (10) against the forced cremation of COVID-19 death in Sri Lanka.

The protest and vehicle parade were commenced at the Auburn Botanic Garden against the Sri Lanka’s policy of cremating the bodies of Muslim victims of COVID-19 pandemic despite the World Health Organisation (WHO) approving burials.

The similar protests have been held in major cities in Western countries including Geneva – Switzerland, London – United Kingdom (UK), New York and Washington D.C. – United States (US), Paris – France, and Toronto – Canada as the petitions against the forced cremations from lawyers, political parties, Religious Organisations and activists of all faiths were ignored.

On 04 December 2020, Sri Lanka’s Supreme Court rejected a case by 11 affected families from both Muslim and Christian communities despite international bodies including the WHO advising there is no public health need to cremate COVID-19 victims.

The UN has appealed to the Sri Lanka’s Government to allow burials as Muslim funeral rites were among the WHO guidelines on disposal of the COVID-19 dead bodies.