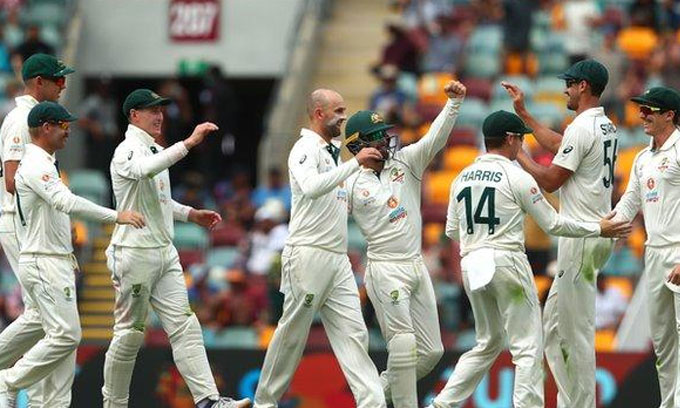 (FASTNEWS |  AUSTRALIA) – Australia remain in control after a rain-shortened second day of decisive fourth Test against India in Brisbane.

After resuming on 274-5, the hosts added a further 95 runs before being bowled out, with captain Tim Paine making 50 and Cameron Green 47.

India made a positive start in reply, reaching 60-1, but Rohit Sharma holed out at long on off Nathan Lyon for 44.

The tourists were 62-2 at tea and heavy rain meant there was no further play after the interval.

Australia remain favourites to win the Test and take the series 2-1, but any time lost favours India’s hopes of a draw.

They only need to draw to retain the Border-Gavaskar trophy.