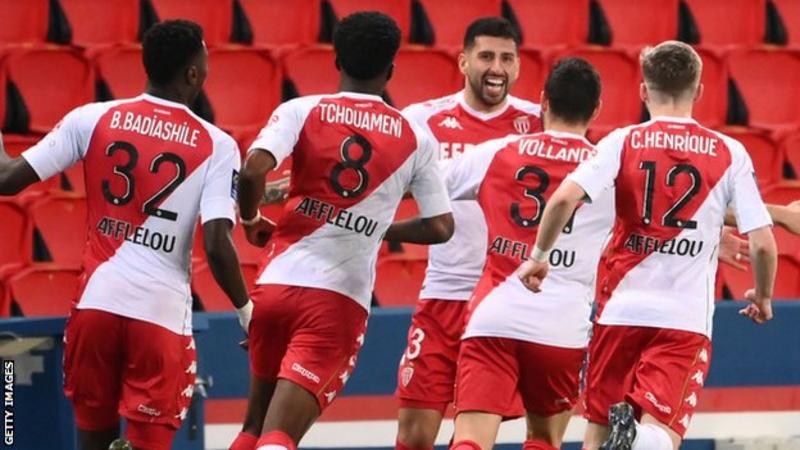 Sofiane Diop opened the scoring for the visitors in the sixth minute, heading home Ruben Aguilar’s header back across goal from Kevin Volland’s cross.

And Guillermo Maripan doubled the lead with a second-half side-footed finish after Ander Herrera failed to clear.

The hosts had just one shot on target as Monaco cantered to all three points.