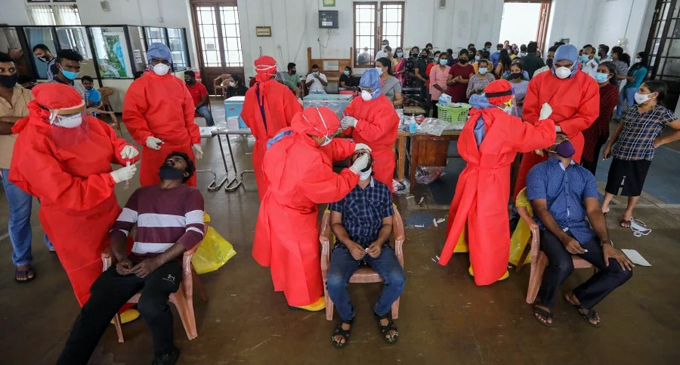 No need to panic about COVID-19 variants – SLMA

(FASTNEWS | COLOMBO) – The Sri Lanka Medical Association (SLMA) says that there is no need to panic about the new variants of the COVID-19 virus circulating at present since the AstraZeneca COVISHIELD vaccine used in Sri Lanka, adequately covers the new variants.

Issuing a media release, SLMA Chairman Dr. Padma Gunaratne said that vaccination is the only weapon currently available to bring the pandemic including infection with new variants under control.

She further said that the mode of spread of new variants is similar to the virus strain already prevalent in Sri Lanka and new variants may have the ability to be more infectious and therefore will spread more quickly among the community.

When more people are infected, more patients will develop symptoms and complications.

“The same public health measures currently recommended, namely, wearing face masks correctly and consistently, social distancing (more than 1 metre), avoiding crowded places and taking adequate sanitary measures (frequent hand washing) are equally effective in the prevention or transmission of new variants and should be practiced at all times. The alarming increase recently in the number of new cases is most probably due to ignoring these precautions,” Dr. Gunaratne said.

Even the South African strain, not isolated in Sri Lanka so far, is known to be covered to a great extent by the vaccine. Therefore, when the vaccine is offered, it is best that all those eligible take the vaccine as it reduces the severity of the illness and prevents deaths. They may even reduce the transmission of the infection.

COVID-19 is caused by SARS-CoV-2, a newly identified virus. Scientists are learning more about it each day. Although most people have mild symptoms, it can also cause severe illness and even death. Some groups, including the elderly and people who have certain underlying medical conditions are at increased risk of severe illness. As such, it is essential to take all possible public health measures to prevent transmission of this infection.

Natural mutations which change the properties of the virus are known to occur with all viruses, and these are described as variants. To date several new variants of the original virus have been identified in some countries, which have now spread to many countries. We must understand that there may be many more new variants appearing with time either within the country or brought in from outside. Some variants identified so far have originated in the UK, USA, Brazil and South Africa.

Since the first local COVID-19 case was identified in Sri Lanka in early March 2020, most of the virus types isolated in the country are from the old, previously identified type. In the recent past, a few viruses belonging to the UK variant have been identified from a few individuals around the country.