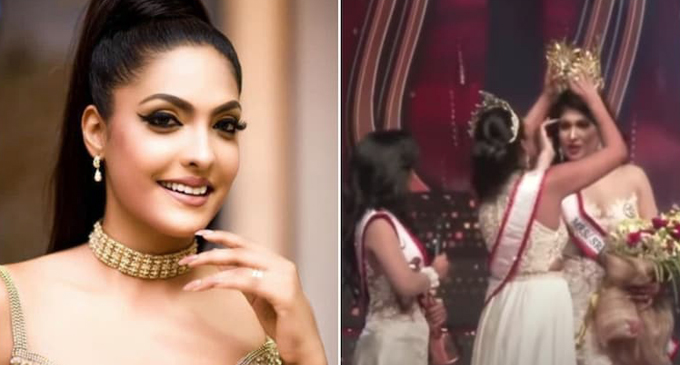 The Police said that they have been arrested on 3 counts.

Pushpika de Silva was named Mrs. Sri Lanka on Sunday (04). Caroline Jurie, who holds the World Title, was on hand to crown her.

However, minutes after the win was announced, a question came up about de Silva’s marital status. Video footage showed Jurie forcibly pulling off the crown, during which the winner allegedly sustained injuries.

De Silva later went to hospital, claiming she sustained head injuries because of the crown’s removal. She has lodged a Police complaint and Jurie has been summoned by Police.