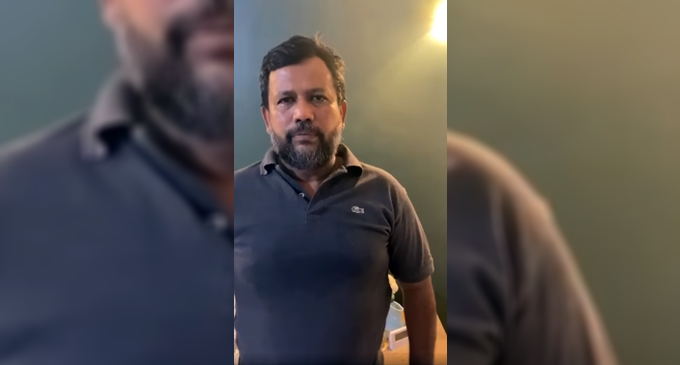 (FASTNEWS | COLOMBO) – The wife of Parliamentarian Rishad Bathiudeen has written a letter to President Gotabaya Rajapaksa expressing her deep concern over the arrest of her husband.

Denying allegations levelled against her husband, she requested the release pointing out that he was arrested “Without any cause whatsoever.” 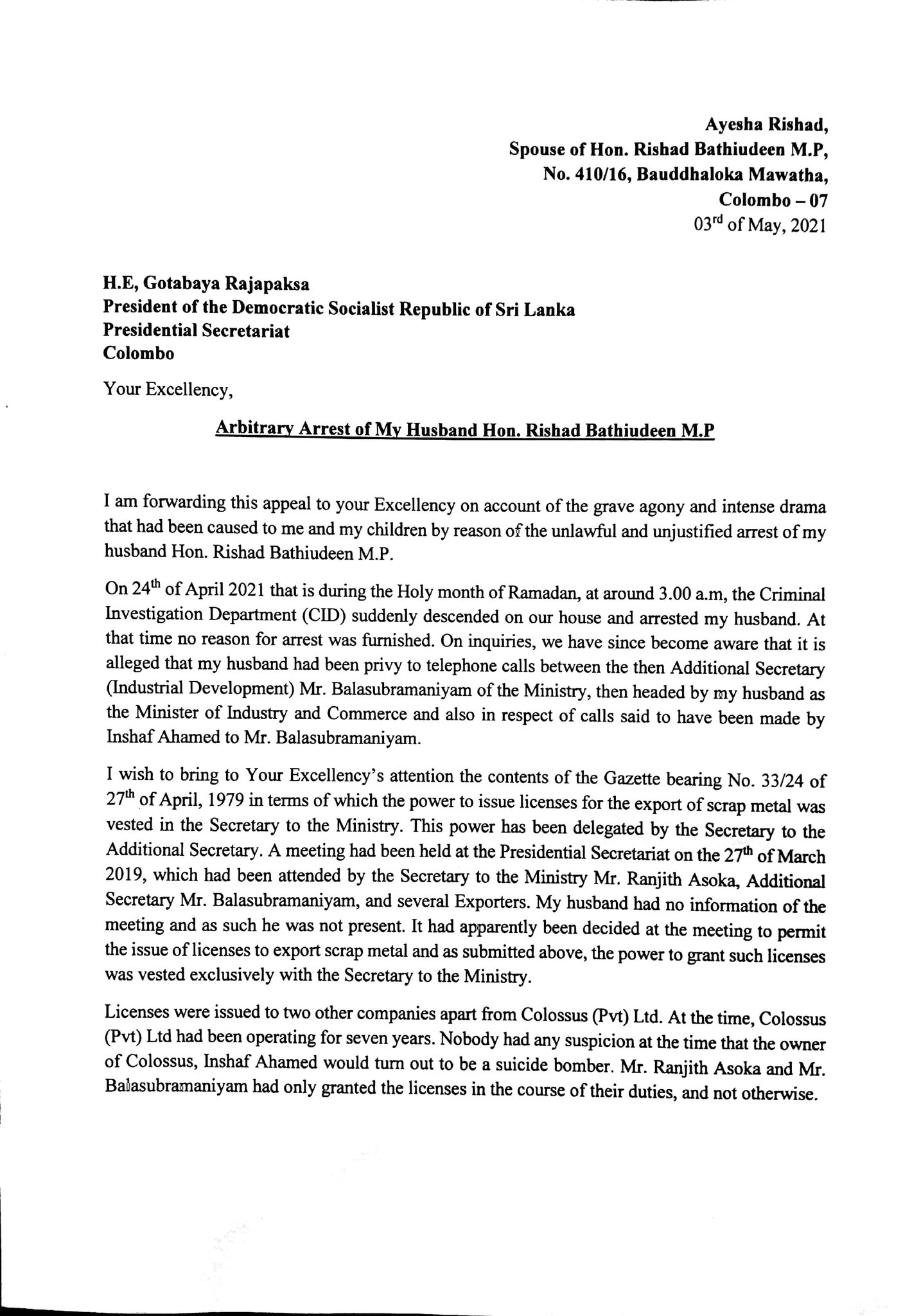 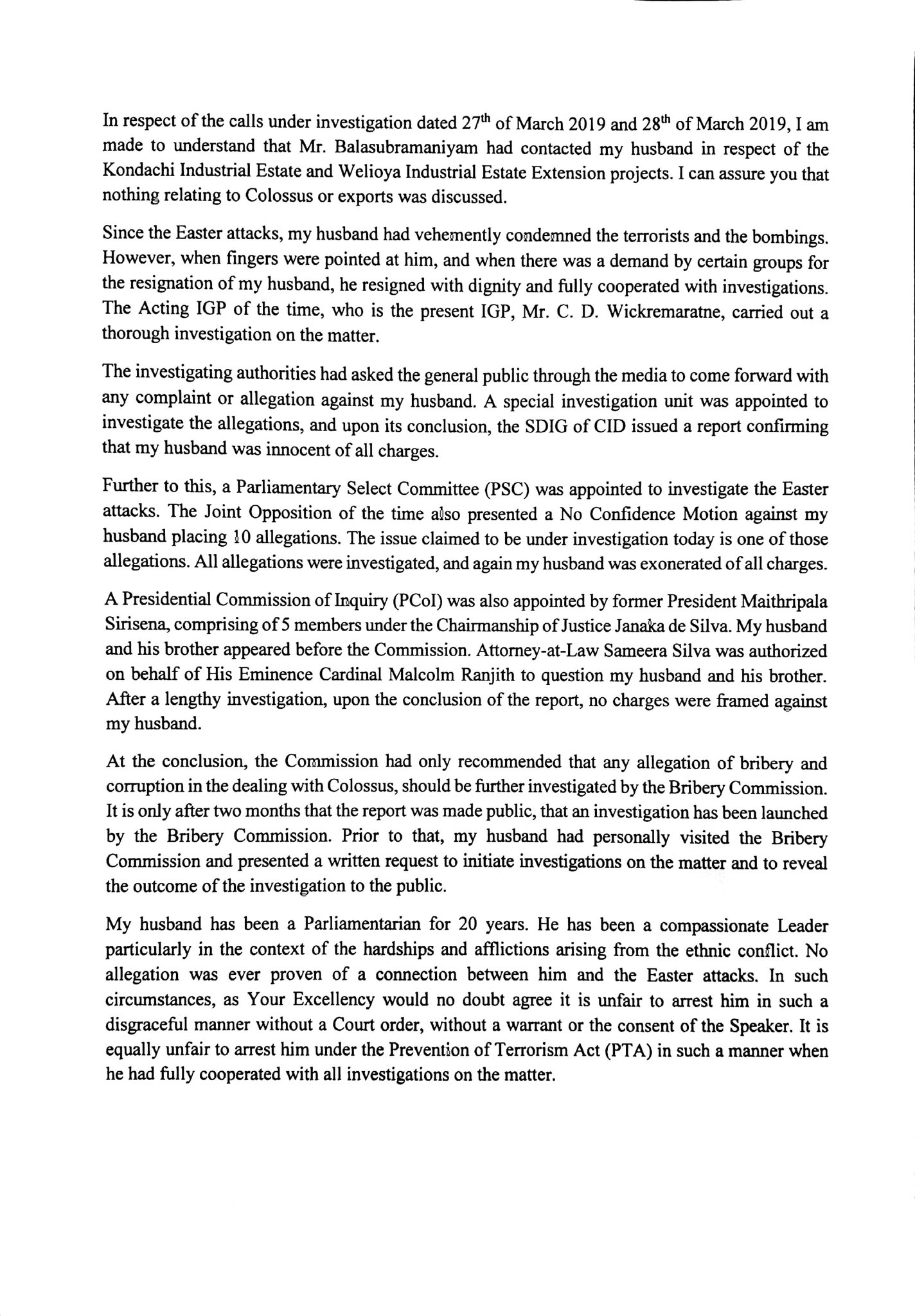 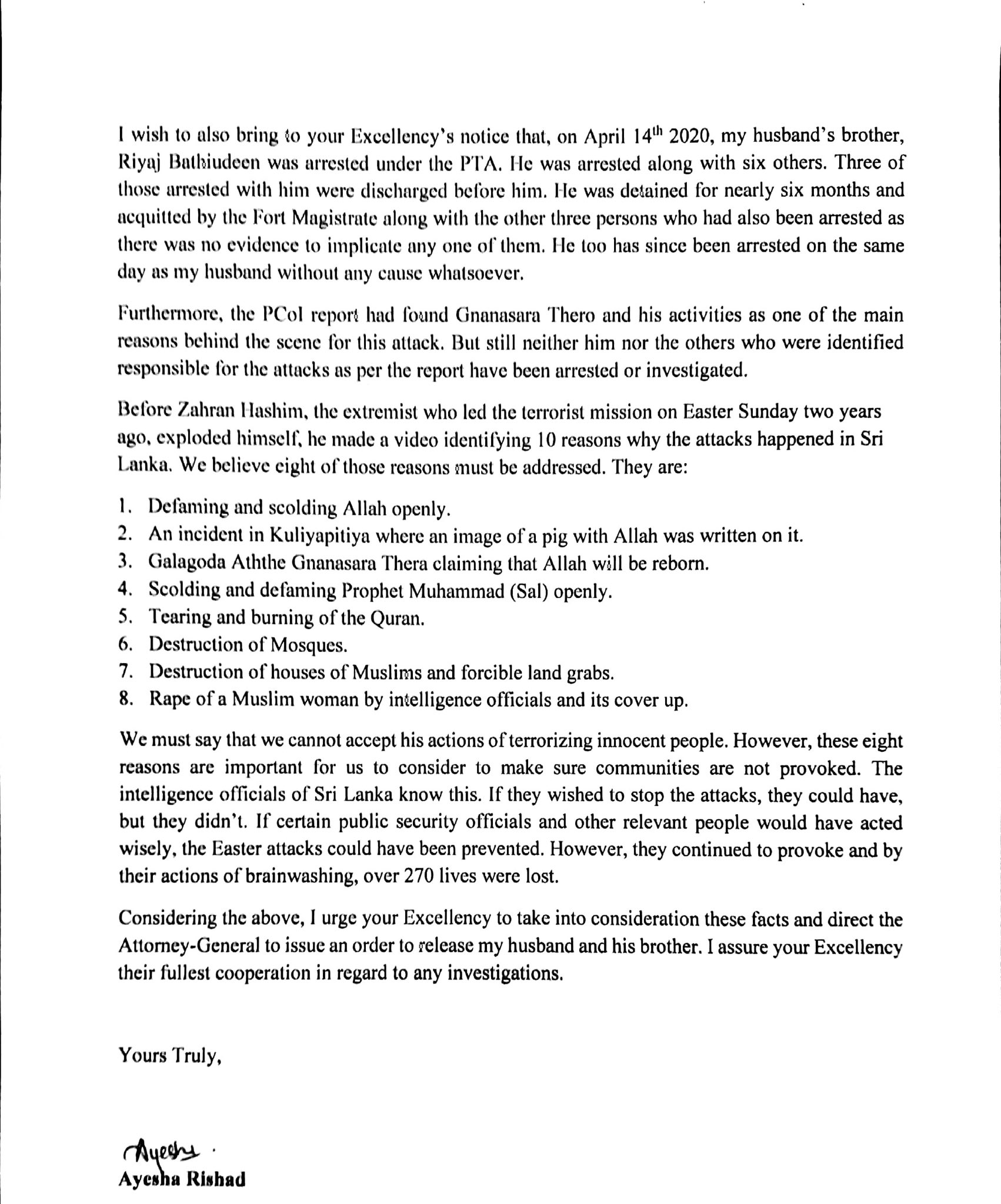 The Leader of the All Ceylon Makkal Congress (ACMC) and his brother were arrested by the CID under the Prevention of Terrorism Act (PTA) on 24 April.

Police Spokesperson, Deputy Inspector General (DIG) Ajith Rohana said that the both were arrested at their respective residences over allegations of aiding and abetting the suicide bombers of the Easter attack.

DIG Rohana said that they are currently being questioned in this regard by the CID and allowed to be detained for 90-days.

In the wake of the arrests, hundreds of people took to the streets in Ampara, Colombo, Mannar, Puttalam, and Vavuniya demanding their release.