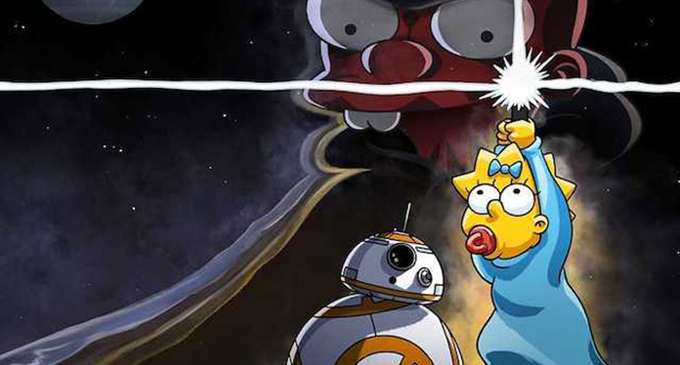 (FASTNEWS | COLOMBO) – Disney has announced the “Star Wars” day schedule for Tuesday May 4th which will include the series premiere of “Star Wars: The Bad Batch” along with a new “The Simpsons” short titled “Maggie Simpson in The Force Awakens From Its Nap”.

The synopsis for the ‘Simpsons’ short reads as follows: “In a daycare far, far away… but still in Springfield, Maggie is on an epic quest for her stolen pacifier. Her adventure brings her face-to-face with young Padawans, Sith Lords, familiar droids, Rebel scum, and an ultimate battle against the dark side, in this original short celebrating the Star Wars galaxy.”

There will also be two interactive content releases “Star Wars Biomes” and “Star Wars Vehicle Flythroughs” which allows you to look at the environments and vehicles of the “Star Wars” world.

Finally there’s original artwork that will take over the Disney+ streaming service for several days. Said artwork will be available for purchase through Amazon.