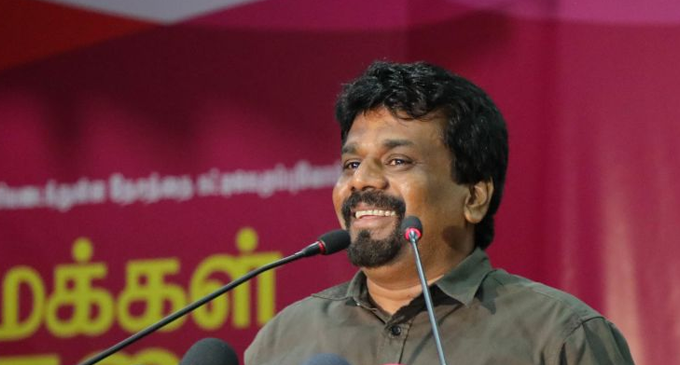 Speaking during the event Presidential candidate of the National People’s Power MP Anura Kumara Dissanayake said his movement does not intend to exact vengeance from anyone.

The Parliamentarian stressed the movement will first stop theft and once again takeover property which has been stolen.

MP Dissanayake went on to highlight the plight faced by Police personnel who receive insufficient salaries, claiming that it forced them to obtaining money through unscrupulous means such as collecting fines personally.