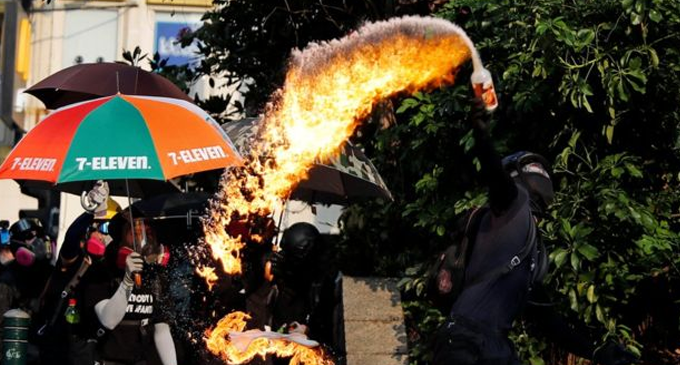 (FASTNEWS | COLOMBO) – A group of hardcore protesters threw petrol bombs at a police station as violence flared in Hong Kong during a banned march that drew tens of thousands.

Authorities had refused permission for a march through an upmarket shopping area, citing public order concerns.

But large numbers defied that – and a small group of black-clad protesters later attacked a police station.

Hong Kong has been convulsed by pro-democracy protests for four months.

The unrest in the territory, which is part of China but enjoys unique freedoms, is its most serious crisis since the Britain handed it over in 1997.