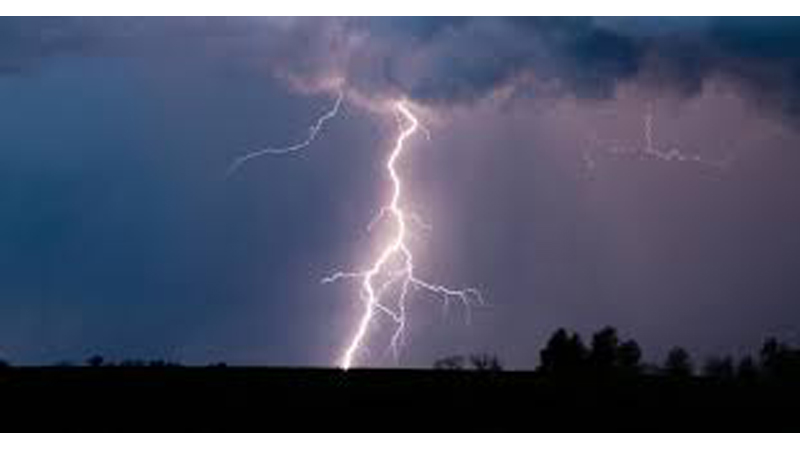 (FASTNEWS | COLOMBO) – The natural hazards early warning unit of the Disaster Management Centre has issued a code red alert for the Western, Sabaragamuwa and Galle provinces warning of severe lightning and thundershowers for the next 12 hours.

The unit warned that thundershowers accompanied by severe lightning are likely to occur at several places in the Western, Sabaragamuwa, Galle, Matara, Mannar and Kilinochchi particularly during the evenings. Fairly heavy showers of around 75mm are likely at the aforementioned places.Temporary gusty winds of 70-80kmph are likely during thundershowers.

The department advises the public to seek shelter indoors and never under trees, to avoid open fields such as paddy, tea plantations or large water bodies during lighting to avoid using wired telephones or connected electrical appliances, to avoid using open vehicles such as three wheelers bicycles or tractors and to beware of fallen power lines that could still be live.

Meanwhile several spells of showers are likely to occur in the Uva and Eastern provinces for the most part of today including Jaffna, Mullaithivu, Kilinochchi and Hambantota districts. Showers or thundershowers are expected along the coast from Negombo to Matara via Colombo and Galle. The sea areas extending from Kankasenthurai to Colombo via Mannar and Puttalam can be fairly rough at times as the wind speed can increase up to (50-55) kmph at times. the department warns.