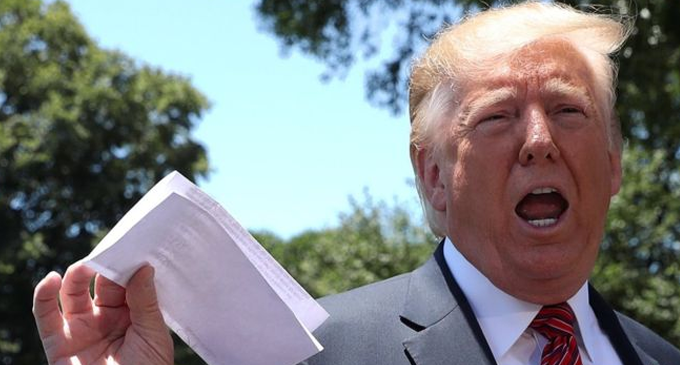 (FASTNEWS|COLOMBO) – US President Donald Trump has inadvertently revealed some details of his immigration deal with Mexico.

He refused to discuss the plans with reporters, saying they were “secret”.

But he said this while waving around a sheet of paper that had the specifics of the deal written on it – which was then photographed by news media.

It described a plan to designate Mexico a “safe third country”, among other plans that had already been revealed by Mexico’s foreign minister on Monday.

If Mexico were to be a safe third country, migrants’ asylum applications would be processed there rather than in the US.

The document said Mexico had committed to immediately examining its laws in order to enable it to become a safe third country if need be.

It also contained references to a regional asylum plan, which would involve several Latin American countries processing migrants’ asylum claims in order to stave off US tariffs, and to “45 days”.

What has Mexico said about the deal?

Mr Ebrard said that Mexico had 45 days to show it was able to stem the flow of US-bound migrants by strengthening its southern border.

It is now deploying 6,000 National Guard personnel to the border with Guatemala.

“You go to the south and the first thing you ask yourself is, ‘Right, where’s the border?’ There’s nothing,” he said on Tuesday. “The idea is to make the south like the north as far as possible.” (BBC)