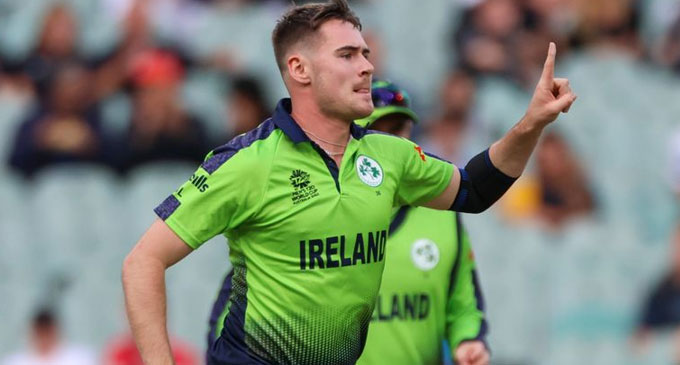 (FASTNEWS | MELBOURNE) – England suffered a major upset in the Men’s T20 World Cup as an inspired Ireland and rain seriously dented their title hopes in Melbourne.

After a surprisingly meek performance in pursuit of 158, England, one of the tournament favourites, were 105-5 in the 15th over when rain arrived.

With England five runs behind the required rate, Ireland secured a five-run win on the Duckworth-Lewis-Stern method when the match was called off soon after.

The result does not end England’s hopes of progressing from Group 1 but it leaves them likely needing to beat Australia, New Zealand and Sri Lanka in their remaining games to go through.

After slipping to 86-5, the rain arrived just as Moeen Ali had begun to wrestle some momentum back for England by striking three boundaries in five balls.

But it proved too little too late, England left ruing their top-order collapse before they return to the Melbourne Cricket Ground for what is now a crucial match against Australia on Friday.