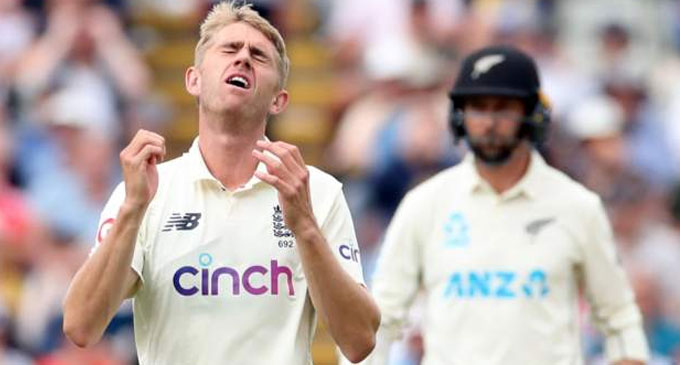 (FASTNEWS | COLOMBO) –  A dropped catch and a questionable umpiring decision proved costly for England on a frustrating second day of the deciding Test against New Zealand at Edgbaston.

Captain Joe Root put down a chance off Will Young when he had only seven, with the New Zealand number three eventually falling for 82 to what proved to be the final ball of the day.

Devon Conway could have been given out on 22, only for the umpires to adjudge the ball had not carried to third slip Zak Crawley. Conway went on to make 80.

It ultimately meant New Zealand were able to reach 229-3, trailing by 74.

The hosts moved from their overnight 258-7 to 303 all out thanks mainly to Mark Wood’s swashbuckling 41.

England’s last three wickets fell for 15 runs as Dan Lawrence was stranded on 81 and denied the opportunity of a maiden Test hundred.