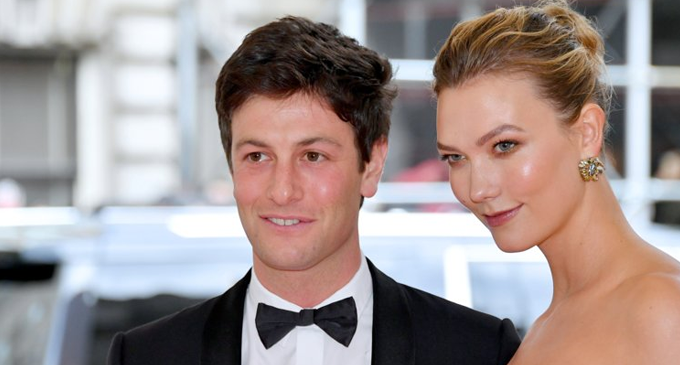 Eight months after getting married, the couple recently partied in upstate New York, as seen in photos shared on Instagram by few of their pals.

“May your marriage be as intense and long lasting as my hangover from this weekend,” Kloss’ close friend Derek Blasberg wrote along with photos of the couple.

Founder of Garage magazine captioned the photo of Kushner and Kloss on her Instagram as, “Our best friends’ wedding,”

According to People, one of Kloss’ representative said that they would throw a larger party for close ones in the spring.

The couple announced their engagement back in July after dating for six years.

“I love you more than I have words to express,” Kloss wrote on Instagram in July after Kushner popped the question. “Josh, you’re my best friend and my soulmate. I can’t wait for forever together. Yes a million times over.”

According to People magazine, the supermodel wore a custom-made Dior gown when she married Kushner in an intimate Jewish ceremony with around 80 people in attendance, in upstate New York.

Joshua Kushner is the brother of Jared Kushner, Ivanka Trump’s husband and an adviser to President Donald Trump.